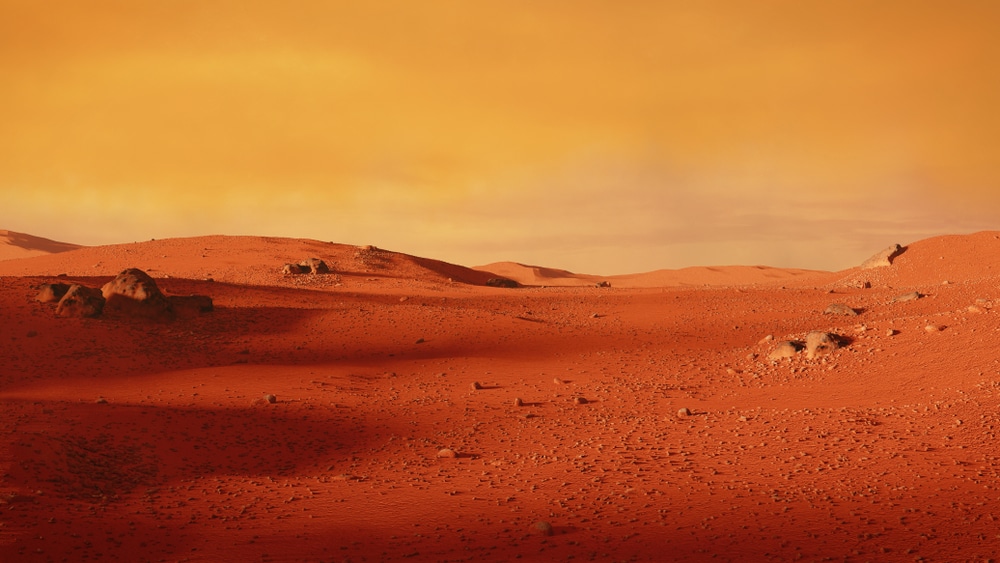 (OPINION) ETH – Researchers have come forward with some interesting claims that aliens are probably lurking underground on the planet Mars. According to the report from TheSun, the researchers believe that rocks beneath the Red Planet’s wind-swept crust have a perfect chemical balance to support life when combined with water.

One of these researchers, named Jesse Tarnas, of Nasa’s Jet Propulsion Lab, stated: “We don’t know whether life ever got started beneath the surface of Mars but, if it did, we think there would be ample energy there to sustain it right up to today.

“The big implication for subsurface exploration is that wherever you have groundwater on Mars, there’s a good chance you have enough chemical energy to support life.” The report comes as scientists have discovered that Earth’s depths are home to a vast population of creatures that are separated from the world above.

These creatures can survive without a lack of sunlight by a process called radiolysis — using the by-products of chemical reactions produced when radioactive elements within rocks come into contact with water.

According to the report,  The findings came from the analysis of Martian meteorites, which were discovered to be similar in composition to Earth’s rocks. These rocks were also found to possess all the elements needed for radiolysis while being porous enough to trap water. Along with this evidence of an active groundwater system has also been discovered on Mars.