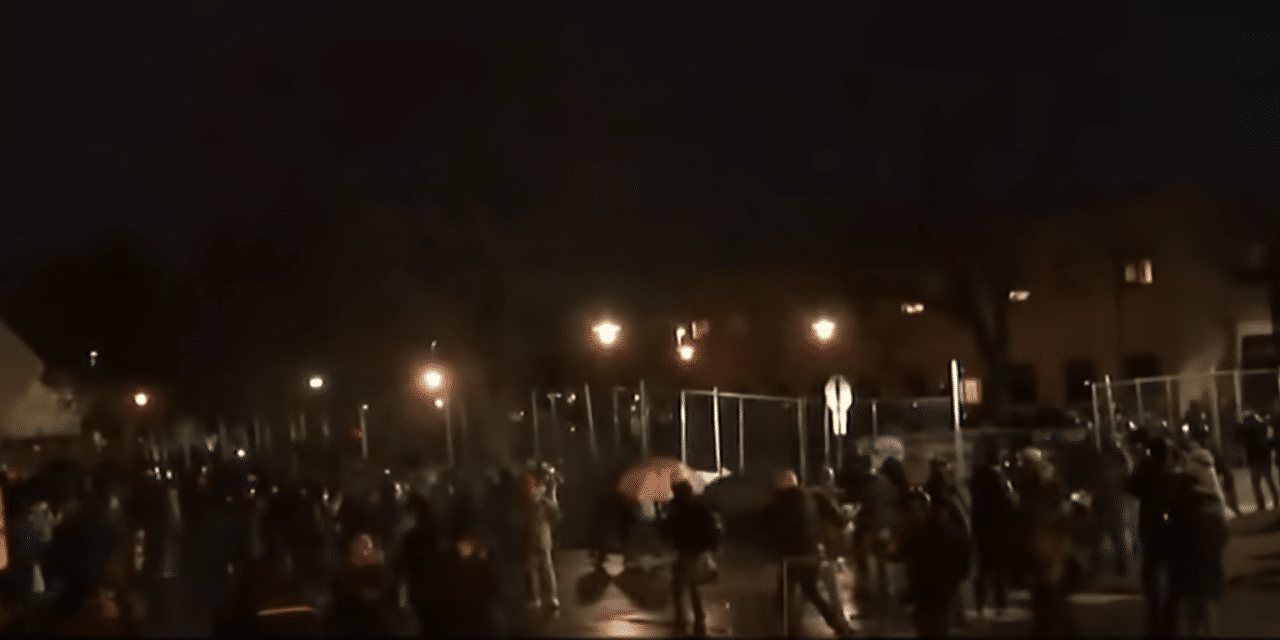 (ETH) – Riots have continued for a third night straight in Minneapolis following the death of Daunte Wright by a police officer named Kimberly Potter who alleged that she accidentally fired her gun killing Wright when she intended to use her stun gun.

According to the latest report, protesters have now burned down a police building and have forced officer Potter to flee her home after her home address was leaked online. The report stated that the 25-year veteran of the Brooklyn Center Police Department was barricaded at the residence as crowds gathered outside her five-bedroom home.

The protests have led to over 60 people being arrested in Portland, Minneapolis, New York, Philadelphia, and Chicago, as unrest continues to grow throughout the country. Demonstrators reportedly used umbrellas, the tops of storage units, and boogie boards as makeshift shields against police to deflect tear-gas, flash bombs, and other non-lethal weapons. According to the Sun,
Advertisement

“Agents with the Minnesota Bureau of Criminal Apprehension (BCA) this morning arrested a former Brooklyn Center police officer for the April 11 shooting death of Daunte Wright,” the state agency said on Twitter. “Agents took Kim Potter into custody at approximately 11:30 a.m. at the BCA in St. Paul.” However, Potter was later released from custody just before 5:40 p.m. local time after posting a $100,000 bond.