Pagan arch of Palmyra that was dedicated to Baal being reconstructed, Some see it as harbinger of Messiah 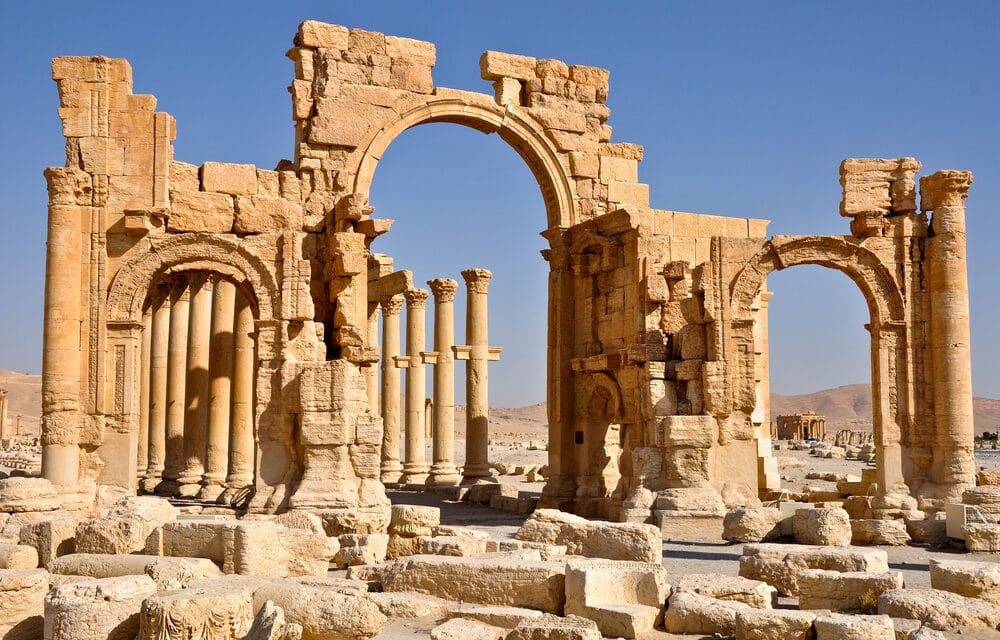 (OPINION) ETH – After six years of laying in ruins, Russians have now begun the reconstruction of the Triumphal Arch of Palmyra in Syria that once served as a gateway to a major pagan temple to Ba’al, and some Rabbis state that the rebuilding of this arch is predicted in the Talmud as preceding the “Messiah”.

According to Israel 365 News, The ruins of this ancient city of Palmyra was located about 135 miles north of Damascus, Syria, and the temple and much of the site were destroyed by the Islamic State (ISIS) back in 2015. “The Syrian experts have put in place some plans, and there is no precise timetable for the completion of the work, but studies on restoration, rubble, and so on may be ready within six or eight months.”

According to the report, Restoration work has already begun this week after a memorandum of understanding was reached between the Syrian Ministry of Culture and the Association Stone Industry of Russia. What many may not be aware of is the fact that the Temple of Palmyra was dedicated back in 32 CE to the worship of Ba’al.

Ba’al was a false god that was worshipped in many ancient Middle Eastern communities, especially among the Canaanites, who considered him a fertility deity and the earliest known inhabitants called the Amorites hosted many monumental projects including the Temple of Bel (or Ba’al).