Volcano that has been dormant for 6,000 years erupts in Iceland 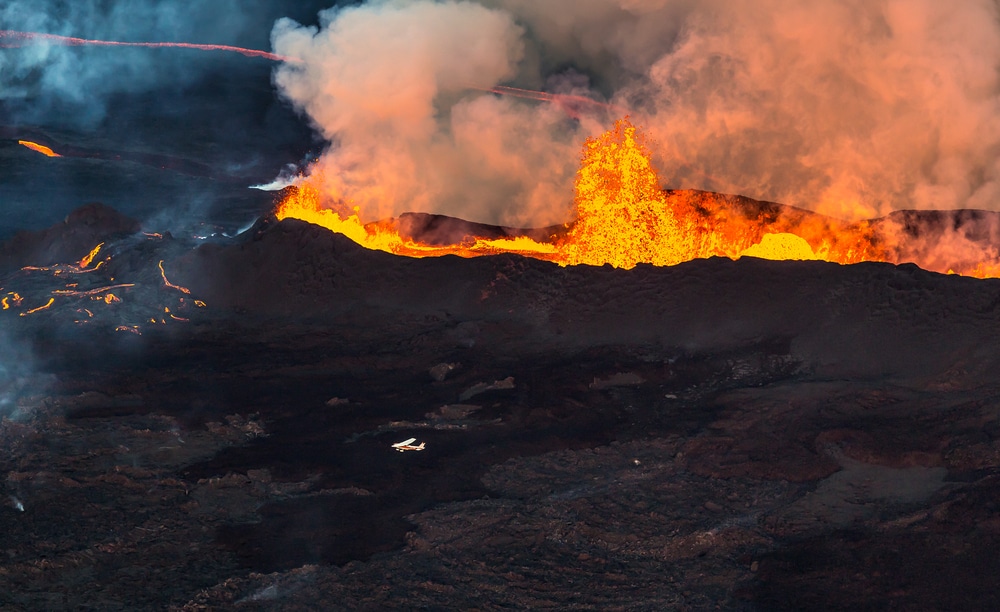 (NBC) – A volcano in southwest Iceland that has long been dormant began erupting Friday night, but officials said it appears small and was not considered a threat to any towns.

The eruption on Reykjanes Peninsula was seen on web camera and later confirmed, the Icelandic Meteorological Office said in a statement. Aerial video on its Facebook page showed lava moving at what the office said was a slow pace.

“The eruption is considered small at this stage,” it said on Twitter, estimating that the fissure was around 500 meters, or 1,640 feet, long.

The Department of Emergency Management was not anticipating evacuations because the volcano is in a remote valley, The Associated Press reported. Iceland’s prime minister said it was not currently considered a threat to any towns.