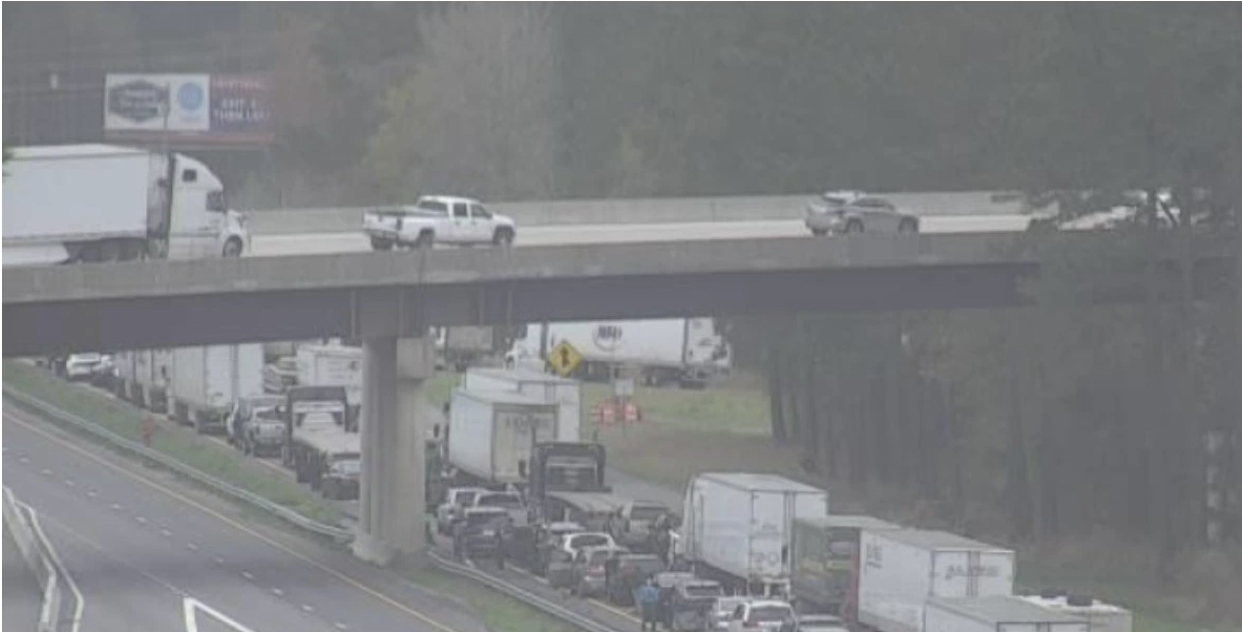 (ETH) – A truck hauling radioactive uranium compound has reportedly crashed sparking evacuations in the immediate area. According to the report from The Sun, The accident transpired along the I-95 in Cumberland County at approximately 11.30 am blocking off all lanes of traffic on the highway according to the North Carolina State Highway Patrol.

Details of the incident reveal that the truck was carrying uranium hexafluoride, which can be used to make fuel for nuclear power plants. The Sun stated that radiation from the chemical reportedly presents minimal risk to transport workers, emergency response personnel, and the public during transportation accidents. The tractor-trailer reportedly overturned near Exit 58 and the cause of the crash is still unknown.

Officers on the scene told WTVD that the compound is not leaking but they are worried about wind direction. “This is not a hazardous waste cleanup,” the North Carolina Department of Transportation announced. “The tractor-trailer crashed and turned over, on it’s side. It was hauling uranium, however.

“We are proceeding to get equipment in place to right-side the tractor-trailer, then haul it away, off the interstate and reopen it,” it added. “[They’re] formulating a plan for cleanup and removal of those containers safely out of the highway,” Gene Booth, Cumberland County’s emergency management director, told WRAL.