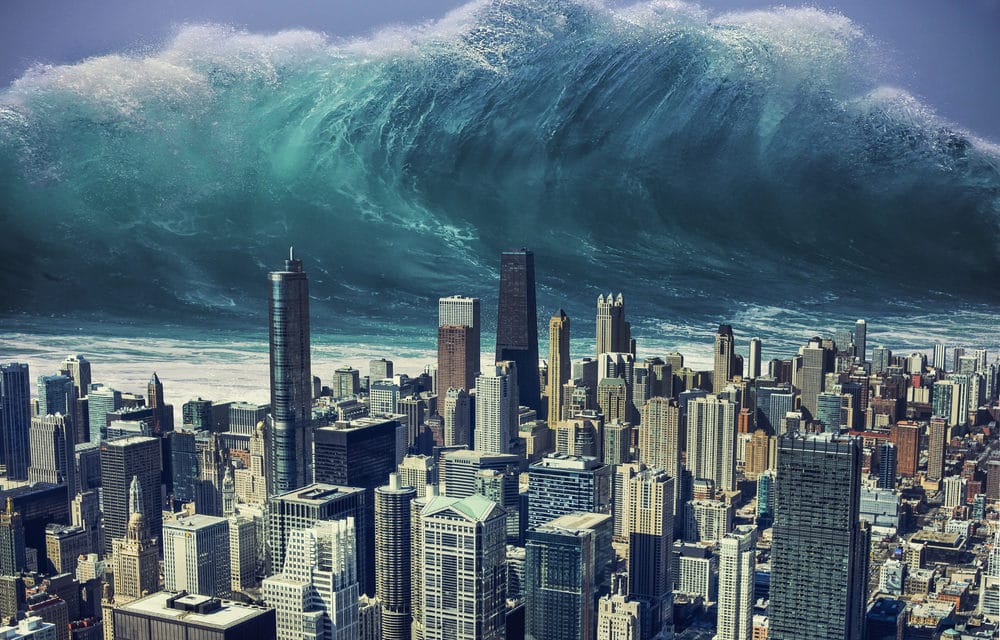 (LA Times) – When state geologists went looking for the hypothetical origin of the worst tsunami that could strike Southern California in 1,000 years, they found it in the Aleutian Trench off the Alaskan coastline.

A magnitude 9.3 underwater earthquake there could generate a wave that would hit Southern California several hours later and inundate portions of Malibu, Santa Monica, Venice, Marina del Rey, Long Beach, and the two busiest ports in the nation.

That was the worst-case scenario, but there were plenty of other possibilities for catastrophe. Earthquakes along undersea faults near Catalina and Anacapa islands — as well as submarine landslides off of the Palos Verdes Peninsula — could generate tsunamis capable of flooding those same areas in just minutes.

To help local emergency officials prepare, the California Geological Survey has released new maps that show the extent of flooding the worst tsunamis could produce in Los Angeles County.

The maps are being released during Tsunami Preparedness Week when coastal residents are reminded to get ready for disasters that may or may not occur in their lifetimes.