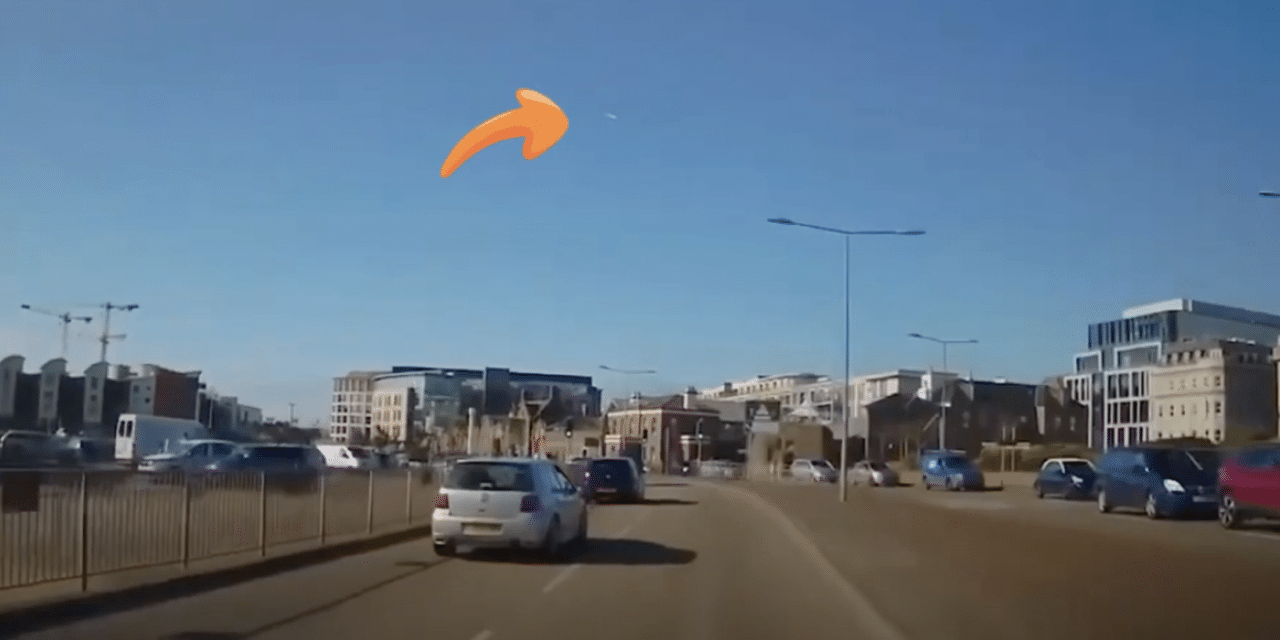 (BBC) – An “extremely rare” meteor known as a daytime fireball has been blamed for a sonic boom-type noise heard across parts of England. People in Dorset, Somerset, Devon, and Jersey reported hearing a loud bang and seeing a streak of light in the sky on Saturday afternoon.

After analyzing pictures and videos, experts confirmed they showed a meteor. They have urged people to keep an eye out and report any fallen fragments of the space rock. Simon Proud, a specialist in aviation meteorology at the University of Oxford, captured the meteor – which appeared as a bright flash – flying over the UK on a weather satellite.

He added that the one seen on Saturday would have needed to be “very large” to be visible during day. Dr. Ashley King from the UK Fireball Alliance – a group of experts and enthusiasts who hunt for freshly-fallen meteorites – said the fireball “would have been going faster than the speed of sound”. “Normally when you hear that it’s a good sign that you have got rocks that have made it to the surface. It’s incredibly exciting and I’m a bit stunned,” he said. READ MORE