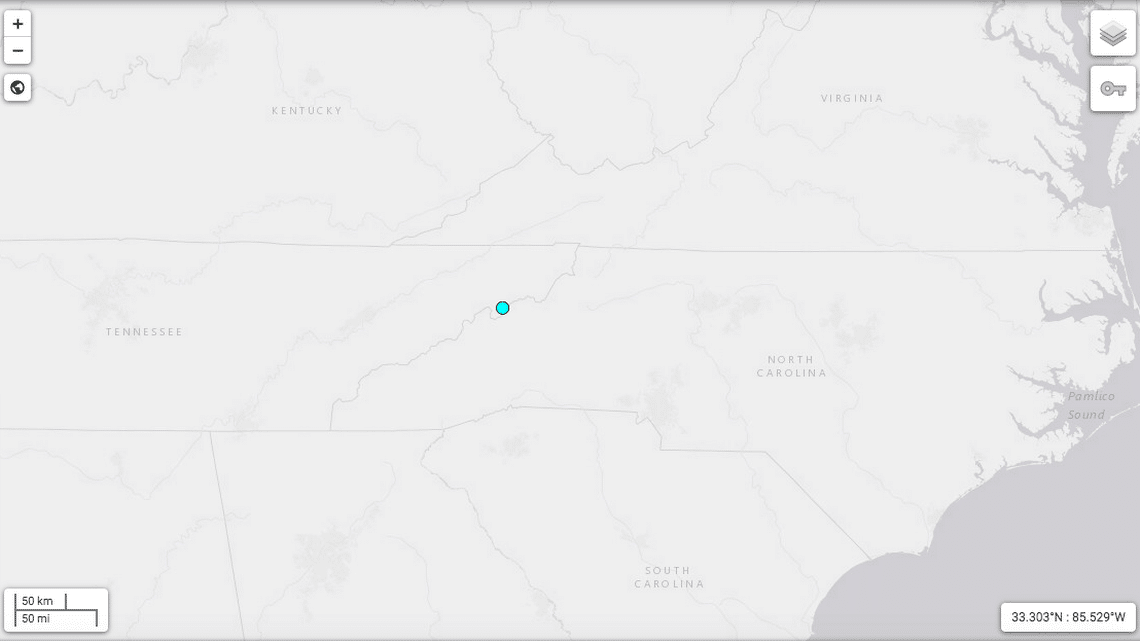 (CO) – An earthquake rattled the Tennessee-North Carolina border over the weekend, becoming the latest tremor to hit the region this month. It was just after midnight Sunday when the most recent quake shook the ground near Banner Hill, Tennessee, according to the U.S. Geological Survey.

Officials said the 2.4-magnitude tremor was less than 1 mile deep. Ten people in the area reported feeling the quake, USGS records show. All said they experienced “weak” to “light” shaking with no damage. Geologists said the quake hit an area near the North Carolina border and roughly 60 miles southwest of the mountain tourist spot of Boone.

It’s not the first time the ground has shaken in the region. On Feb. 12, another quake was recorded roughly 5 miles southwest of Banner Hill. The 2.8-magnitude tremor had a depth of about 1.8 miles, data show.

More than 100 people told USGS they felt that earthquake, including some as far away as Georgia, South Carolina, and Virginia. Several small quakes can happen in one place as part of a swarm, according to officials. “Swarms are usually short-lived, but they can continue for days, weeks, or sometimes even months,” the USGS says on its website. “Most swarms are associated with geothermal activity.” READ MORE