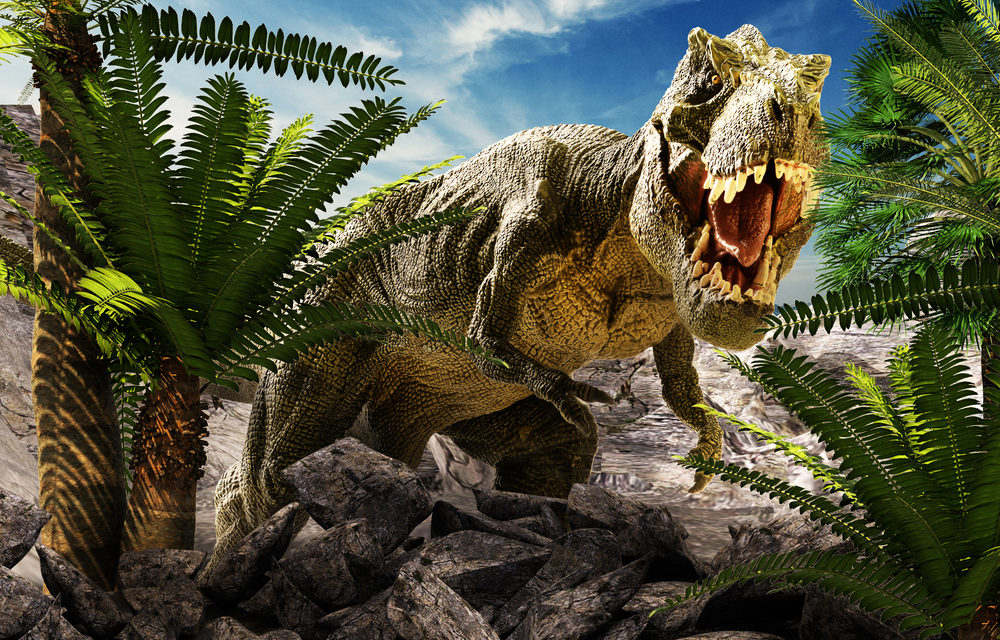 (Yahoo) – Don’t pretend you’ve never thought about it. Yes, yes – there’s the odd teensy downside to populating an island with once-extinct reptiles. Sure, the T rex turns out to show a disregard for road safety. And velociraptors’ approach to hide and seek is frankly unsportsmanlike. But the majestic song of the brachiosaurus! The incredible dino-flocks! The glistening magnificence of Jeff Goldblum’s chest rug! Could Jurassic Park happen in real life?

Back in 1993, it seemed like it. Newsweek ran an article attesting to the scientific plausibility of Jurassic Park, pointing to the fact that – during filming – two Berkeley scientists announced that they had cloned 40m-year-old bee DNA after finding the insect preserved in amber. “This movie depends on credibility,” Spielberg told Newsweek. “The credibility of the premise – that dinosaurs could come back to life through cloning – is what allowed the movie to be made.”

But there were problems even then. To replicate a dinosaur genome, you would need billions of DNA’s building blocks, base pairs. But none of the ancient DNA they harvested had more than 250. Which is like unboxing a 10,000-piece T rex jigsaw to find two corner pieces and a bit of tooth.

And, in the last few years, the University of Manchester’s amber-based experiments have shown that the bee DNA findings were likely to be based on false results, anyway. Plus, there’s one other teeny obstacle to setting up Jurassic Park: no one has actually ever found any dinosaur DNA. Scientists know that DNA degrades over time, with the oldest ever DNA that’s been found coming from an 800,000-year-old ancestor of humans. The dinosaur DNA you need would have had to survive around 65m years. READ MORE