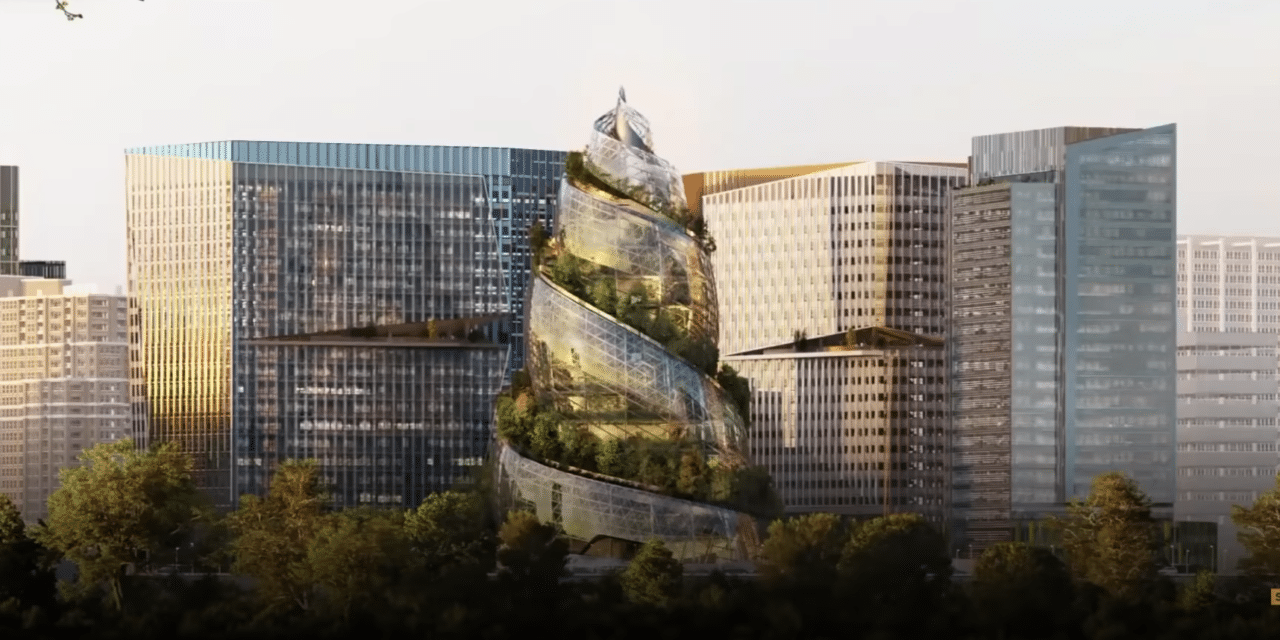 (OPINION) Israel365News – Amazon has just unveiled the plans for its new corporate headquarters that will stand in Arlington, Virginia, directly across the Potomac River from Washington DC. The announcement inaccurately describes the design as a “double helix” but scholars of ancient history and the Bible will readily recognize the ancient model for the design: the Tower of Babel.

Construction on their second corporate headquarters is expected to begin next year and when completed in 2025 at a cost of $2.5 billion. It will include 2.8 million square feet of new office space distributed across three 22-story buildings.

The location is less than four miles from the Capitol Building. John Schoettler, head of Amazon’s global corporate real estate portfolio, announced the second half of the project designed by architecture firm NBBJ.

“The natural beauty of a double helix can be seen throughout our world, from the geometry of our own DNA to the elemental form of galaxies, weather patterns, pinecones, and seashells,” the company said. “The Helix at our Arlington headquarters will offer a variety of alternative work environments for Amazon employees amidst lush gardens and flourishing trees native to the region.”

Though it is true that DNA is arranged in a double-helix, the architectural design is not, in fact, a double helix that appears like a ladder that has been twisted into a corkscrew. The design of the building is, perhaps, a single helix with a spiral walkway ascending the exterior of the building.

The architectural design of the Amazon building does, in fact, closely resemble that of a ziggurat, a type of massive structure built in ancient Mesopotamia. A ziggurat has the form of a terraced compound of successively receding stories or levels. READ MORE