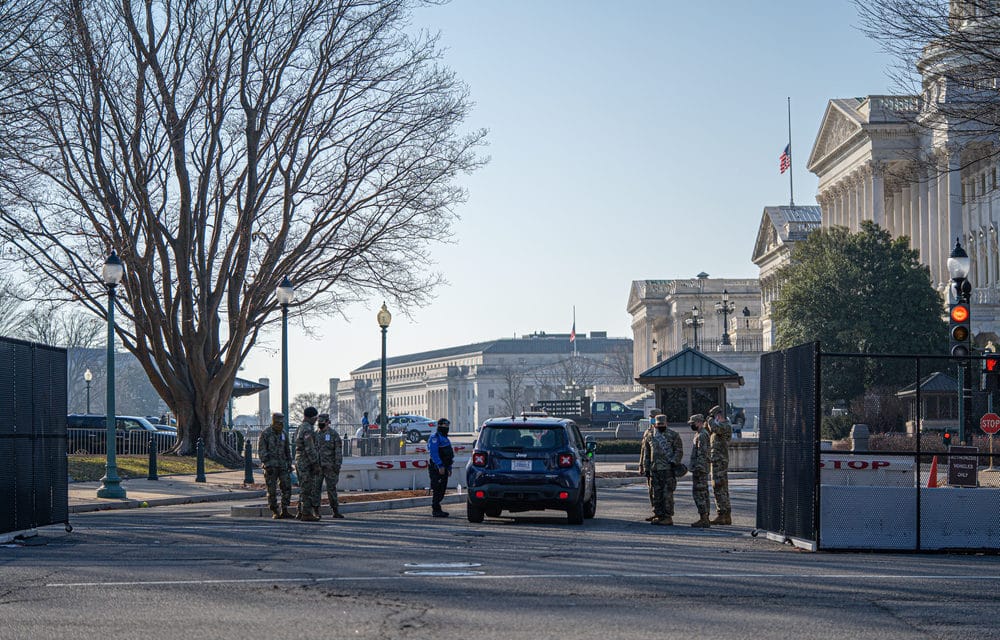 (ETH) – A Virginia man has just been arrested for trying to enter through a Washington DC checkpoint armed with a gun, 500 rounds of ammunition, and fake credentials, according to the Dail Mail.

The suspect, Wesley Allen Beeler, from Front Royal, Virginia, was reportedly arrested on Friday evening as he tried to make his way through security checkpoints in downtown DC ahead of Joe Biden’s inauguration. According to the report,

Beeler drove his pick-up truck to a checkpoint at North Capitol And E Street NE close to the Capitol just after 6:30 p.m. where he attempted to get past police officers by flashing the fraudulent inauguration documents but was stopped by officers. It was shortly afterward,

that police found the firearm that was pre-loaded with 17 rounds of ammunition and a round chamber ready to fire. The report states that it is not certain what Beeler was planning to do once inside the secured perimeter. Beeler was eventually arrested for several offenses including possessing an unregistered firearm and possessing unregistered ammunition.