Powerful winds topple hundreds of trees, snap trunks in half and rip roots out of the ground in Yosemite 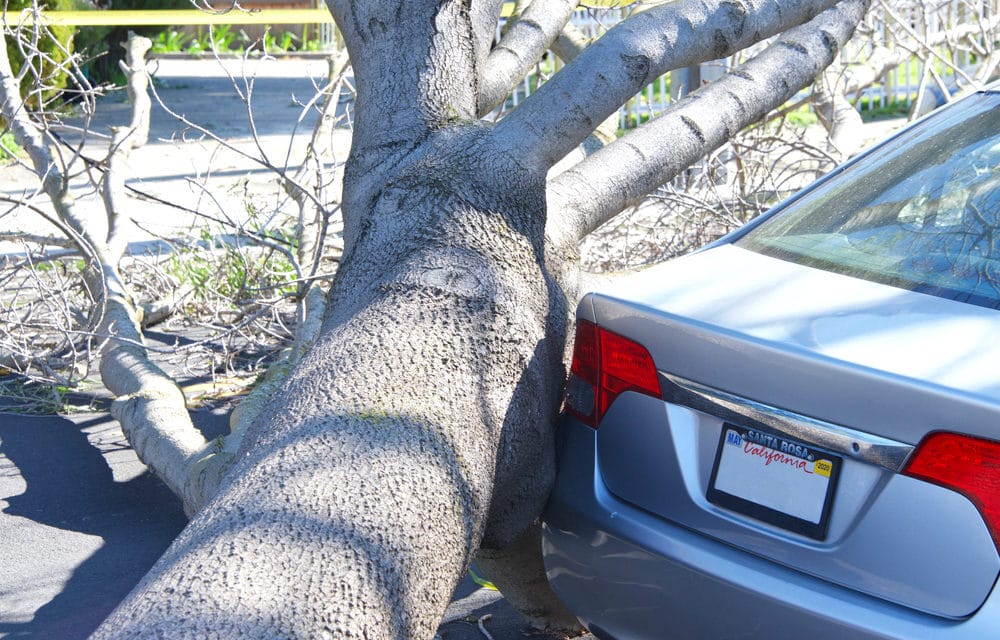 (ETH) – Powerful winds reportedly struck Yosemite toppling hundreds of trees, snapping tree trunks in half, and rip the roots straight out of the ground.

One couple, Lindsay Stevenson and her husband were in a camper van in the Yosemite National Park community of Wawona when the abnormal storm struck leaving her husband who is a U.S. Army veteran, describing the wind event as “100 times worse” than the Afghanistan War.

He stated: “When the sun came up on Tuesday morning, a “total war zone” was revealed following a terrifying night of non-stop crashing sounds” These powerful winds are known as Mono winds, and they aren’t unfamiliar to those living in the Yosemite area.

However, this particular event produced wind speeds that reached higher-than-normal levels – in some locations, over 100 mph, resulting in unprecedented, widespread devastation. According to the Fresno Bee, Hundreds of trees in the Sierra Nevada were torn down Monday night into early Tuesday,

and multiple homes and vehicles were literally crushed in rural mountain towns. Thankfully, No injuries were reported in Yosemite and its surrounding communities from this extreme event. The event triggered Mariposa County Sheriff Jeremy Briese, also the county’s director of emergency services, to issue a local emergency proclamation requesting state and/or federal assistance.