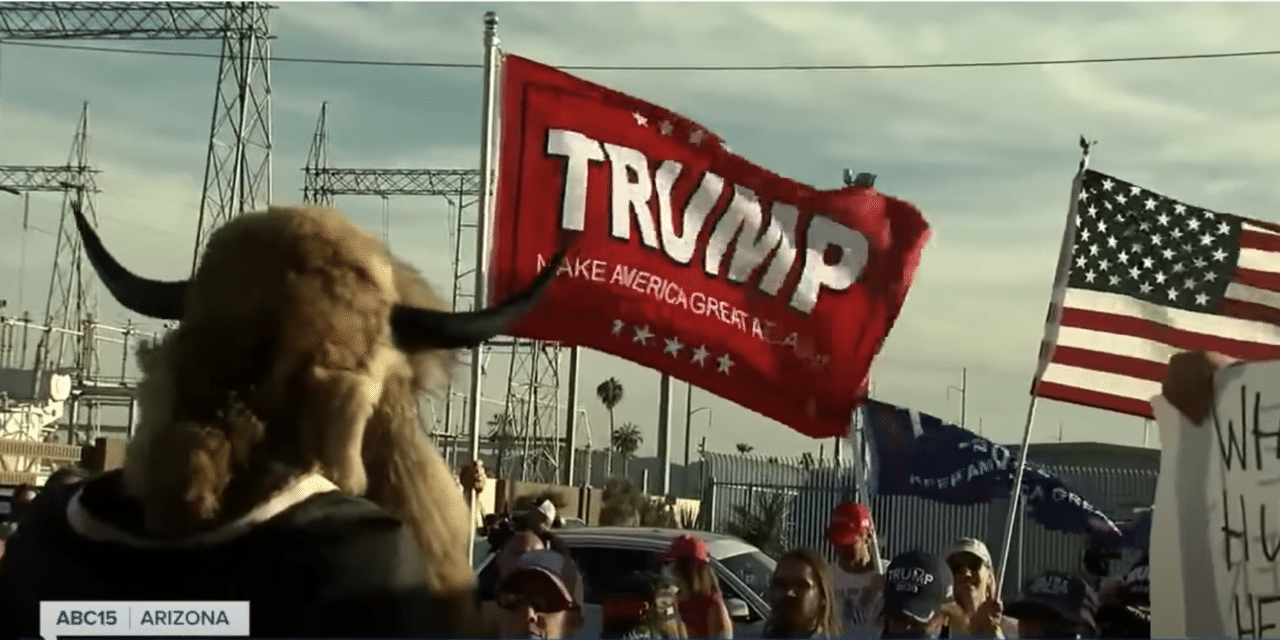 (ETH) – The popular Horn-headed Trump supporter called the ‘QAnon Shaman’ has been reportedly been granted his wish of a strictly organic diet after a judge approved the special food on ‘religious grounds.’ following a three-day “Hunger Strike”.

According to the Daily Mail, Jacob Anthony Chansley, 33, who is also known as Jake Angeli, became famous when he stormed the Capitol last week sporting face-paint, a fur hat, and holding a Star-Spangled spear. According to the report, The man from Phoenix turned himself in to the FBI on Saturday after returning from D.C. but had refused to eat in custody because the food was not organic.

The report went further to state that the judge, Deborah Fine stated that his fasting was ‘deeply concerning’ and ordered the prison to find a way to accommodate Chansley’s demands at his first court appearance via video link on Monday. Chansley has officially been charged with knowingly entering or remaining in any restricted building or grounds without lawful authority, and with violent entry and disorderly conduct on Capitol grounds.

Both charges are federal misdemeanors. The judge accommodated his requests after the defendant’s mother Martha Chansley reportedly told local media that her son was unable to stomach regular food. ‘He gets very sick if he doesn’t eat organic food—literally will get physically sick,’ she told ABC 15.

She went further to state that her son was a ‘patriot’ and the ‘gentlest person I know.’ Chansley testified to the agent that he and other ‘patriots’ had come from Arizona at the request of the President that all ‘patriots’ come to D.C. on January 6th. Chansley has been frequently spotted at pro-Trump rallies in Phoenix and would often appear in a similar costume consisting of horns, fur headdress without any shirt.

Reports indicate that he was also deep-rooted in the Qanon conspiracy group and that in November he was spotted protesting the election results outside of the Maricopa County election center in Phoenix. In that photo, Chansley held a sign that read, ‘HOLD THE LINE PATRIOTS GOD WINS.’ One of Chansley’s tattoos shows the symbol of Wotanism, an acronym for ‘Will of the Aryan Nation.’