What is the mystery behind all of the “alien monoliths” that have been suddenly appearing and disappearing? 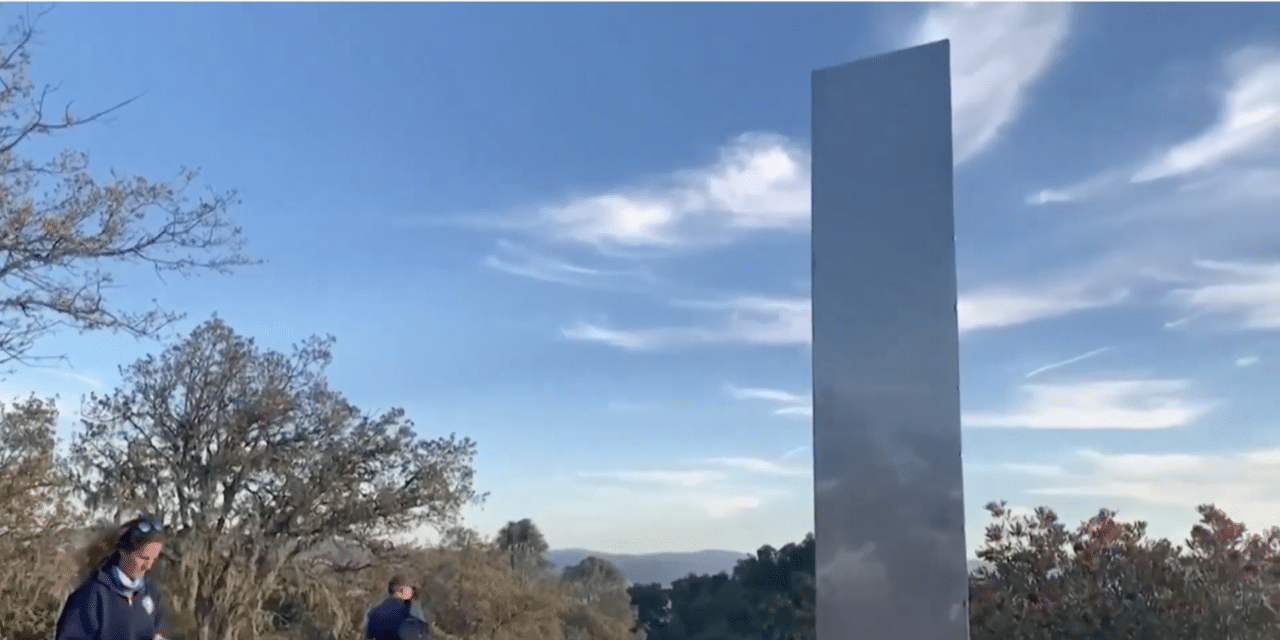 (OPINION) Michael Snyder – When a huge silver monolith was spotted in a very remote section of the desert in southeastern Utah, it immediately created a media sensation. But then it disappeared. A similar monolith had also been discovered in Romania, but now it is gone too.

Then on Wednesday, everyone was buzzing about a third monolith that had been spotted in California. They are being called “alien monoliths”, but nobody knows who created them or if the three monoliths are even from the same source. But after being bombarded by the science fiction movies that Hollywood has been creating for decades, the world is definitely hungry for news that we are being contacted by someone from beyond.

The monolith saga started last month when a biologist spotted a large shiny object from the helicopter that he was flying in… Officers from the Utah Department of Public Safety’s Aero Bureau were flying by helicopter last Wednesday, helping the Division of Wildlife Resources count bighorn sheep in southeastern Utah, when they spotted something that seemed right out of “2001: A Space Odyssey.”

“One of the biologists … spotted it, and we just happened to fly directly over the top of it,” pilot Bret Hutchings told CNN affiliate KSL. “He was like, ‘Whoa, whoa, whoa, turn around, turn around!’ And I was like, ‘What.’ And he’s like, ‘There’s this thing back there — we’ve got to go look at it!’”

The Utah monolith appears to have been riveted together, and that would seem to indicate that human technology was used to construct it. We are being told that it was definitely very sturdy, and helicopter pilot Bret Hutchings estimated that it was “between 10 and 12 feet high”… And there it was — in the middle of the red rock was a shiny, silver metal monolith sticking out of the ground.

Hutchings guessed it was “between 10 and 12 feet high.” It didn’t look like it was randomly dropped to the ground, he told KSL, but rather it looked like it had been planted. Subsequently, Internet sleuths discovered exactly where the Utah monolith was located and they used Google Earth to determine that it had appeared some time between August 2015 and October 2016… READ MORE