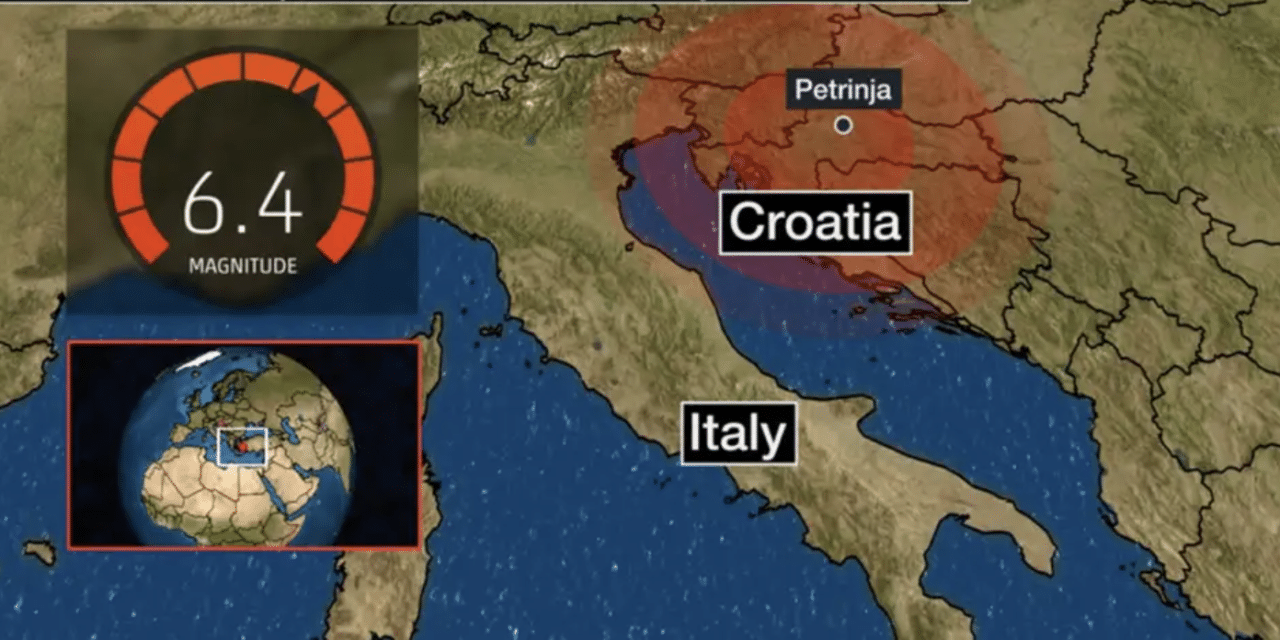 (ABC) – A strong earthquake hit central Croatia on Tuesday, causing major damage to homes and other buildings in a town southeast of the capital.

A girl was killed in the quake and a man and a boy were pulled out alive from a car buried in rubble and sent to a hospital. The European Mediterranean Seismological Center said a magnitude 6.3 earthquake hit 46 kilometers (28 miles) southeast of Zagreb.

Initial reports said the earthquake caused wide damage, collapsing roofs, building facades, and even some entire buildings. The same area was struck by a 5.2 quake on Monday and several smaller aftershocks were felt Tuesday. Croatian state broadcaster HRT said a girl died in the earthquake in Petrinja, a town southeast of the capital that was hit hardest by the earthquake.

Other Croatian media also reported the death, quoting the town’s mayor. The child’s age or other details were not immediately available. “The center of Petrinja as it used to be no longer exists,” HRT said in its report. “One girl died and there are injuries and people inside collapsed buildings.” READ MORE