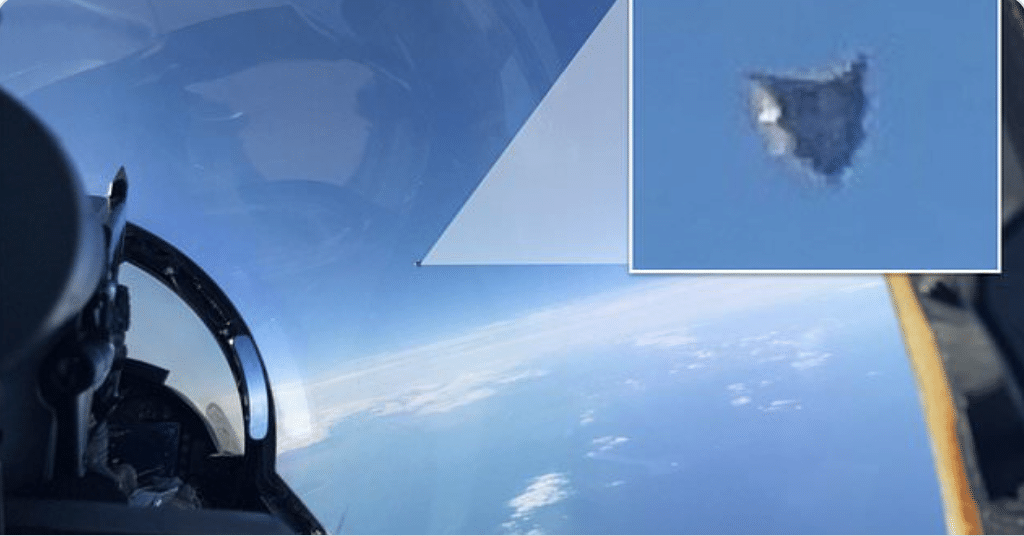 (Daily Mail) – The existence of two classified Pentagon reports on UFOs has been revealed, the contents of which include a leaked photo depicting a mysterious object hovering over the Atlantic.

The DoD’s Unidentified Aerial Phenomena Task Force issued the two classified intelligence ‘position reports’ in 2018 and the summer of this year, and they circulated widely in the U.S. intelligence community, according to a detailed account from The Debrief based on interviews with multiple intelligence sources. The position reports’ startling contents included a leaked photo that has never before been made public, accounts of ‘Unidentified Aerial Phenomena’ (UAP) emerging from the ocean and soaring through the sky, and an admission that extraterrestrial origins for the objects cannot be ruled out.

‘These revelations are extraordinary, and give the public a genuine peek behind the curtain when it comes to how the US government is handling the UFO issue,’ Nick Pope, who investigated UFOs for the UK Ministry of Defence, told DailyMail.com. ‘What this new information does is confirm that the US government is taking the UFO phenomenon more seriously than ever before,’ he added. ‘I anticipate further revelations shortly.’

The Pentagon did not immediately respond to an inquiry from DailyMail.com requesting confirmation of the existence of the two position reports, as well as the authenticity of a leaked cockpit photo included in one of the reports. The leaked photo, published by The Debrief on Thursday, was included in the 2018 position report, two DoD and one intelligence source told the outlet. READ MORE