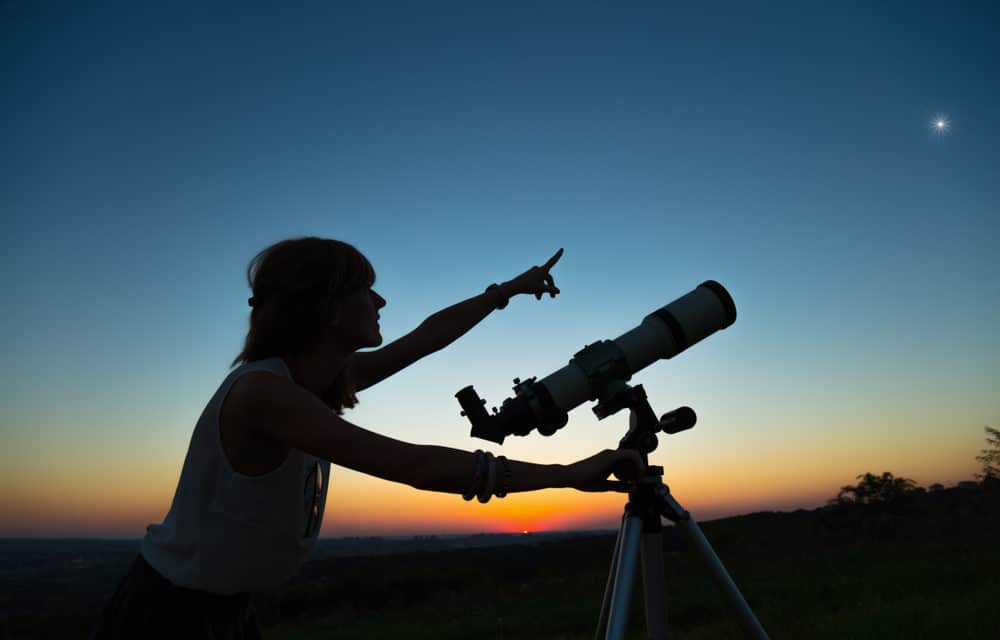 (Science Alert) – Stargazers are in for a treat over Christmas, as Jupiter and Saturn will get closer to each other in Earth’s night sky than they have been for nearly 800 years. Set up your telescope, hope for a clear night, and get ready.

The celestial synchronization has been in the works since summer as Jupiter and Saturn have been moving closer together in the night sky, and between 16-25 December, they’ll be separated by only 1/5th the diameter of a full moon. While the planets won’t physically be close to each other at all, of course, they’ll look like a single point of bright light to anyone looking up at the night sky.

“Alignments between these two planets are rather rare, occurring once every 20 years or so, but this conjunction is exceptionally rare because of how close the planets will appear to one another,” says astronomer Patrick Hartigan from Rice University. “You’d have to go all the way back to just before dawn on March 4, 1226, to see a closer alignment between these objects visible in the night sky.”

To get the best viewing experience for this spectacular show, you’re going to need to be somewhere near the equator – but if the skies are clear then the alignment should still be visible from just about anywhere on Earth. The pair of planets will show up in the night sky for about an hour after sunset each evening, according to astronomers.

If you’re hoping to catch a glimpse yourself, you’ll need to point your telescope towards the western sky. “On the evening of closest approach on Dec 21 they will look like a double planet, separated by only 1/5th the diameter of the full moon,” says Hartigan. “For most telescope viewers, each planet and several of their largest moons will be visible in the same field of view that evening.” READ MORE