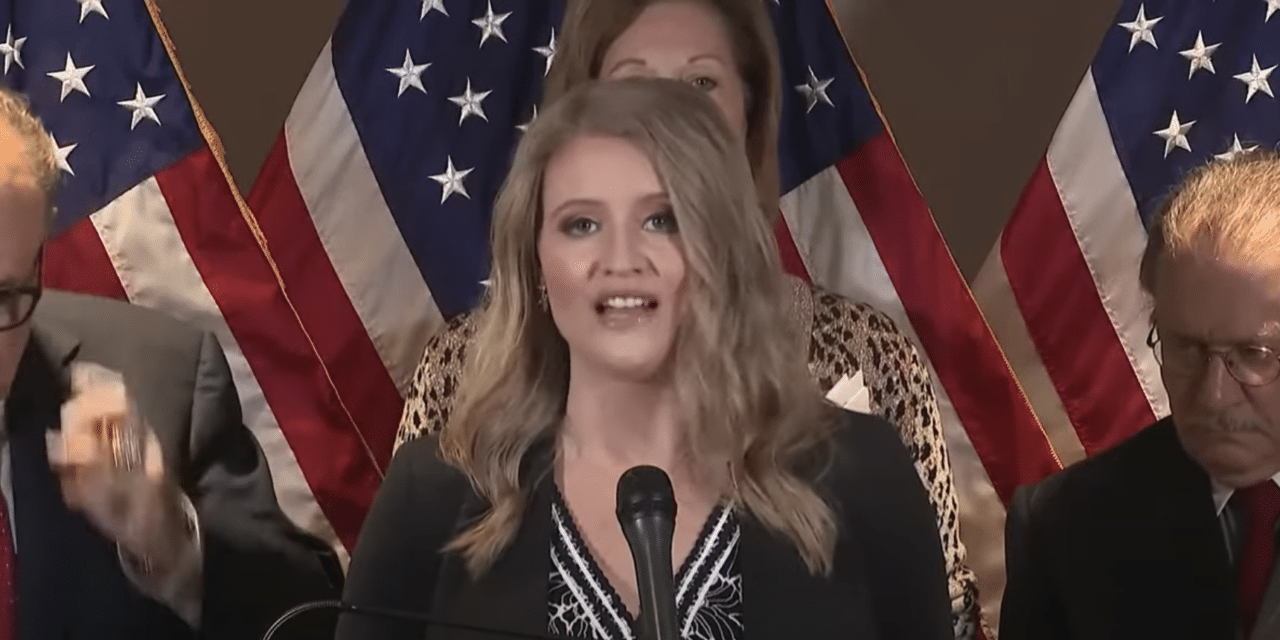 (OPINION) TheBlaze – President Donald Trump’s campaign legal team hosted a barn-burner press conference Thursday during which Trump’s personal attorney Rudy Giuliani alleged that there is evidence of a “centralized” plan in a “national conspiracy” by Democrats to steal the 2020 presidential election.

Giuliani did not show specific evidence of a conspiracy to commit widespread voter fraud, instead stating that this is the “logical conclusion” he reached by studying several allegations of voting irregularities in various contested battleground states. “What I’m describing to you is a massive fraud,” Giuliani said.

He was joined by attorney Sidney Powell and Trump campaign legal adviser Jenna Ellis. Trump’s lawyers challenged reporters who claim there is no evidence of widespread voter fraud, insisting that the sworn affidavits in various lawsuits being undertaken by the campaign will prove in court that fraud not only took place but was so voluminous that former vice president Joe Biden’s victory was illegitimate and will be overturned.

The existence of the sworn affidavits is the evidence, they insisted. “There’s not a singular voter fraud in one state. This pattern that repeats itself in a number of states, almost exactly the same pattern,” Giuliani claimed, saying this pattern suggests “there’s a plan from a centralized place to execute these various acts of voter fraud specifically focused on big cities and specifically focused on big cities controlled by Democrats.”

The allegations of fraud cited by the former mayor of New York City mostly had to do with mail-in absentee ballots, which he claimed were extremely susceptible to fraud, and irregularities in ballot counting, to which he promised sworn witness testimony will be provided in court. Giuliani said the Trump legal team is in possession of hundreds of affidavits that attest to fraud and chastised the press for neglecting to report the contents of those affidavits. Some of these affidavits have been made public and have been reported by TheBlaze and others, but most have not been released by Trump’s legal team nor presented in court yet. READ MORE