Schools Closed, Masks Must Be Worn Outside, Astronomical Rise in Cases, Cancel Thanksgiving, Highest daily death toll since May 14th 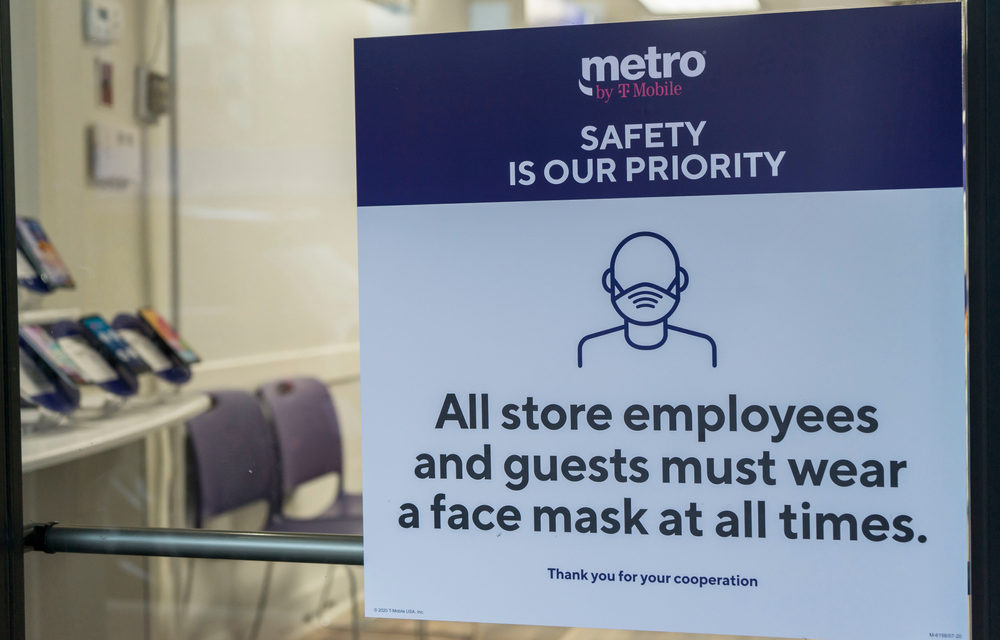 (ETH) – New York City’s schools will now be moved to remote learning only as the city is working feverishly to stop the growing number of coronavirus cases in the state, according to Mayor Bill de Blasio who made the announcement on Wednesday.

That was reached on Wednesday. “We will have an update in the next couple of days on the plan to bring back the schools. What additional standards will be needed,” de Blasio said at a press conference shortly after announcing the closures Wednesday. “We warned parents days ago that this moment might come, but we had to be 100% sure we were accurate this morning, and we had to have that conversation with the state.”

This follows Cuomu stating earlier in the afternoon, that New York City was on the verge of entering the ‘orange zone’ of COVID restrictions and said areas of the western part of the state were already seeing “astronomical” increases in positive test results.  Meanwhile, in Texas, Harris County, just send out an emergency text alert to 4.7 million residents requesting that they cancel Holiday gatherings during the COVID-19 surge.

“This is not the year… to have a great holiday gathering, a great outing at the bar, restaurant. It’s just not the time,” said Harris County Judge Lina Hidalgo, the county’s top elected official. At this rate, coronavirus is killing at least one American every minute of the day. This comes as a new report is revealing that  1,707 new Covid-19 deaths were reported on Tuesday, according to data from Johns Hopkins University which is the highest daily death toll since May 14th.

And it’s only going to get worse, according to Dr. Jonathan Reiner, a professor at George Washington University School of Medicine. “The horrible death count that we saw yesterday in the United States … reflects the number of people who were being infected three weeks ago — two to three weeks ago, because that’s the lag,” Reiner said Wednesday. “On average, two to three weeks ago, we were seeing 70,000 to 80,000 (new) cases per day.

Yesterday, there were about 155,000 (new) cases. So if you’re alarmed at the 1,700 deaths today, two to three weeks from now, we’re going to see 3,000 deaths a day.” In Maryland, Governor. Larry Hogan implored his residents to take the actions needed to help prevent the spread of coronavirus as the state saw more than 2,000 new cases for the second day this month.

He warned: “This is not the flu. It’s not fake news. It’s not going to magically disappear just because we’re all tired of it and we want our normal lives back,” Hogan said during a press conference Tuesday. “We are in a war right now and the virus is winning.” “Now we’re seeing problems everywhere, but our absolute worst is in those rural areas, particularly in Allegheny and Garrett county but in other places on the [Eastern] shore, as well,” he said.

“It doesn’t matter where you live, or what demographic group you happen to fall into — this virus doesn’t care doesn’t recognize county borders or state borders. It’s coming for all of us. And we’ve all got to be as vigilant as possible to stop it.”  In California, health officials there have just issued a new mandate this week requiring all residents to wear face coverings whenever they’re outside their homes, with few exceptions.

According to the report from Yahoo News, Californians must wear a mask unless they are alone in a car or only with those in their household; working alone in an office or room; outdoors and staying at least six feet away from others not in their household; are obtaining a service involving their nose or face; or are actively eating or drinking, so long as they maintain physical distance.