John MacArthur warns that ‘America is in a moral free fall,’ 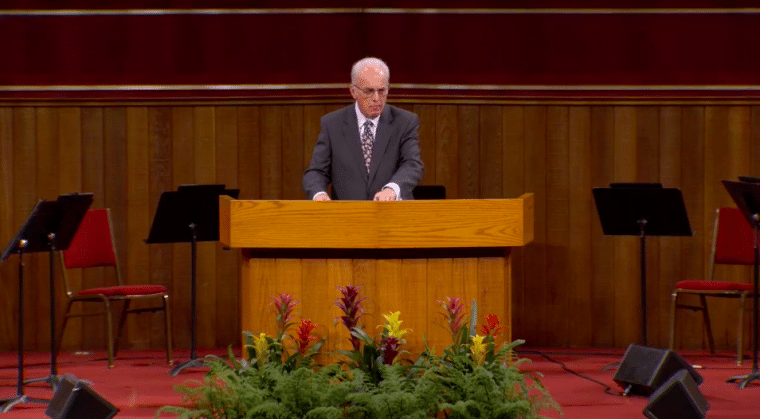 (OPINION) CP – Outspoken California pastor John MacArthur appeared on Fox News’ “The Ingraham Angle” Thursday to discuss his state’s coronavirus restrictions on religious worship and what he referred to as the “moral free fall” engulfing the United States.

Host Laura Ingraham began the segment by noting that while a “judge has ordered San Diego strip clubs to be reopened,” California churches “are still fighting for the right to open their doors once again.” She proceeded to introduce the 81-year-old MacArthur, the pastor of Grace Community Church in Sun Valley, describing him as “a thorn in the side of California’s COVID crusaders.”

“How do strip clubs deserve more constitutional protections than churches at this point?” Ingraham asked MacArthur. The pastor, who also runs a syndicated Christian teaching radio and television program, responded by offering to explain “the big picture,” namely that “America’s in a moral free fall.” “You murder the babies in the womb.

“This is a nation so far down in the sewer of immorality and wickedness that nothing surprises me.” Ingraham asked MacArthur to address a Los Angeles Times article with the headline “COVID Outbreak Strikes LA Megachurch That Defied Public Health Orders,” which she characterized as “not true.” READ MORE