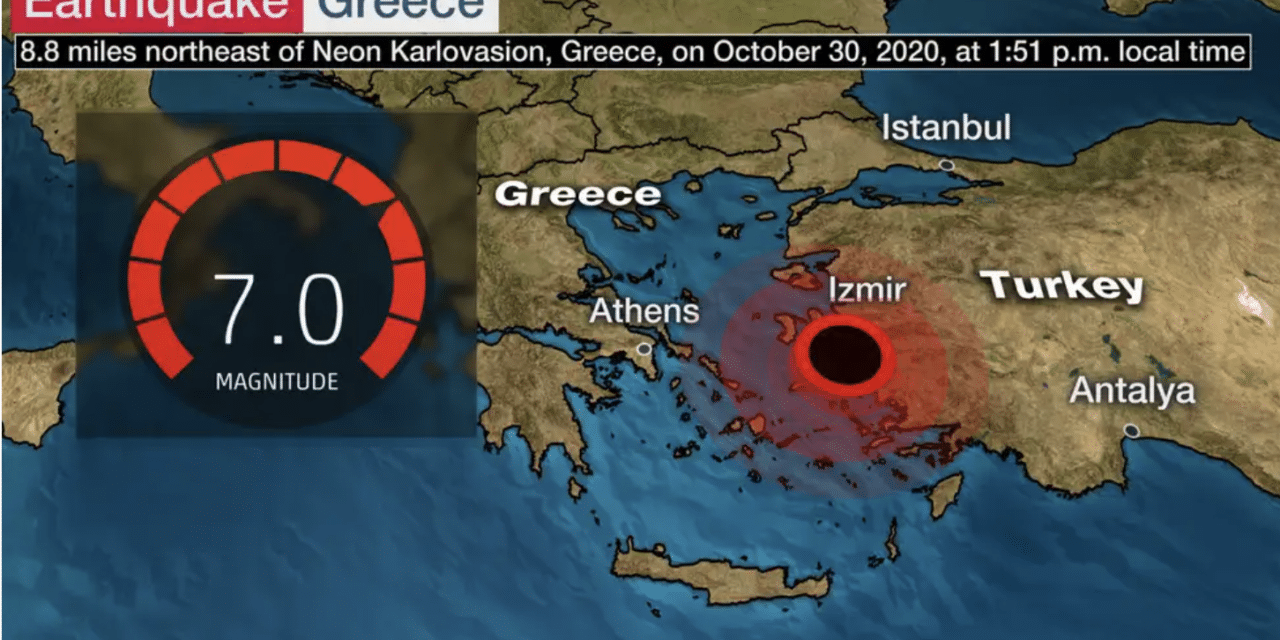 DEVELOPING: (ETH) – A powerful magnitude 7.0 earthquake has struck the Greek island of Samos and Turkey’s Aegean coast leaving buildings destroyed and much damage in Turkey and Greece.

Reports are indicating that it was felt as far as Istanbul and other surrounding cities. This is a developing story and we will keep you updated and information is provided. Local news outlets are giving reports of fallen buildings and large waves on Samos. Video posted on Twitter showed what appeared to be a collapsed building in Izmir, Turkey.

The mayor of Izmir has reported to CNN Turk that roughly  20 buildings have collapsed.  The Weather Channel is reporting that a tsunami warning was issued, and residents of Samos were immediately urged to stay away from the coastline.

A video has surfaced on Twitter showing water rushing through streets. A translation of the description reads: “After the earthquake in Seferihisar, Izmir, the sea overflowed. We were stuck on the upper floors. There is a lot of damage.”