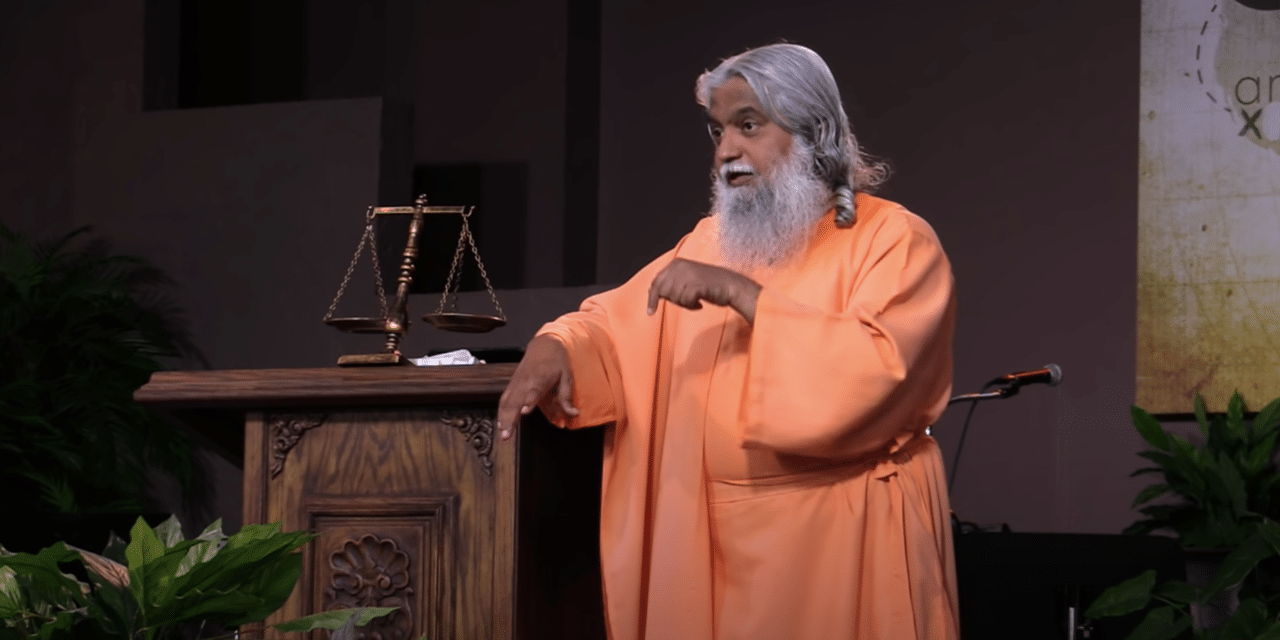 (OPINION) ETH – An alleged “Prophet” and Missionary named Sadhu Sundar Selvaraj who is the founder of Angeltv, a 24-hour Christian Television Network recently delivered a “Prophetic Word” in Shekinah Worship Center in Lancaster, California where he recently stated publicly that US President Donald Trump will fulfill the Lords will for America and the Nation of Israel.

Selvaraj stated: “I’m not here to tell you how to vote.” First of all, “Whoever sits in that chair deserves to be respected, deserves to be honored,” Selvaraj said. He continued, “I don’t want to add in my own opinion or commentary here.”

In regards to Trump, The Lord said “‘I love him. He is My servant.’ And when the Lord Jesus spoke that, I saw tears coming down His eyes.” Sadhu says he clearly heard, “‘He will fulfill My will for this nation, as well as for Israel.'” Selvaraj stated that he also heard from the Lord on how Christians are to respond in this election season, how the secular media has caused Trump to “fight for his survival”