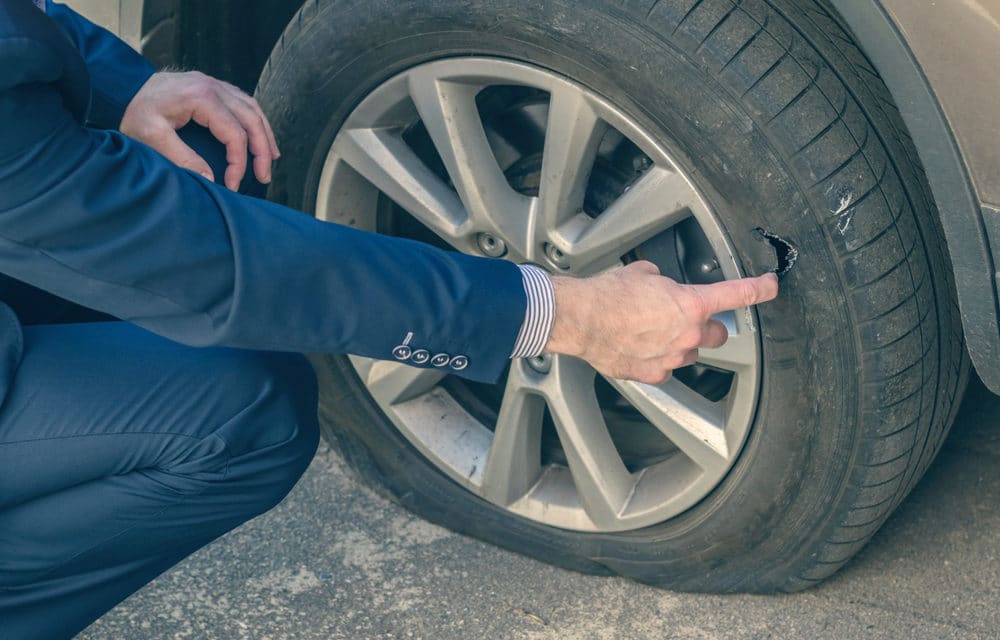 The incident unfolded around 10 p.m. Friday at the Saddle Brook Police Department in Bergen County, New Jersey, NJ Advance Media reported. Surveillance footage captured a suspect puncturing 12 tires of police cruisers and using a tire iron to scratch “FU” on the hood of one car, according to a police statement.

The suspect also allegedly left notes on police and fire department vehicles that said: “F— Police, F— Trump, Vote Jesus.” Not long after, police received a call regarding a suspicious person near the department. Officers located the suspect and arrested him. He was later identified as 25-year-old Mazin Musbah, of Maywood.

Police said at Musbah, at the time of his arrest, was carrying a kitchen knife and notes similar to what had been left on the police cars. Saddle Brook Police Chief Robert Kugler said Musbah told officers during his arrest that “the message needed to be sent and personally wanted to deliver the message.” READ MORE