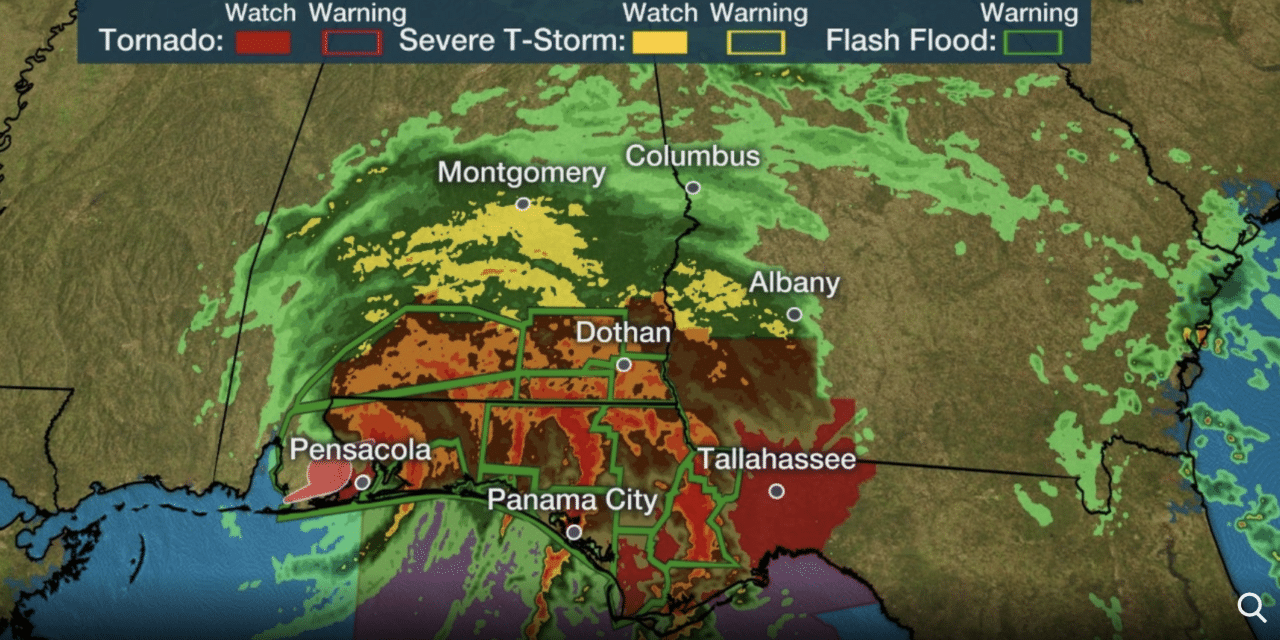 (TWC) – Hurricane Sally is slowly tracking inland after making landfall earlier this morning near the Alabama and Florida border, where it has brought catastrophic flooding rainfall, damaging storm surge, and strong winds.

Sally will pose a threat of flooding rainfall well inland across the Southeast into late week. Sally made landfall near Gulf Shores, Alabama, at 4:45 a.m. CDT as a Category 2 with maximum sustained winds of 105 mph. Flooding rainfall and strong winds continue to pound areas near and just inland from the northern Gulf Coast, particularly in parts of the Florida Panhandle and southern Alabama.

A tornado watch is also in effect for southeast Alabama, the Florida Panhandle, and southwest Georgia until 6 p.m. CDT. Storm surge flooding has inundated areas where Sally’s center crossed the coast, from Alabama to the western Florida Panhandle.

Palafox and Main. One of the higher points. #stormsurge Pensacola, FL. #Sally pic.twitter.com/o4S7VJJvVm

A storm surge of over 5 feet has been recorded in Pensacola, Florida. Parts of the city’s downtown area have been submerged by several feet of water because of the storm surge and heavy rainfall. Significant flash flooding with flooded roads and homes has also occurred in numerous spots from southeast Alabama into the western Florida Panhandle. READ MORE