Yellowstone’s Giantess Geyser erupts for first time in 6 years, roars ‘back to life’ 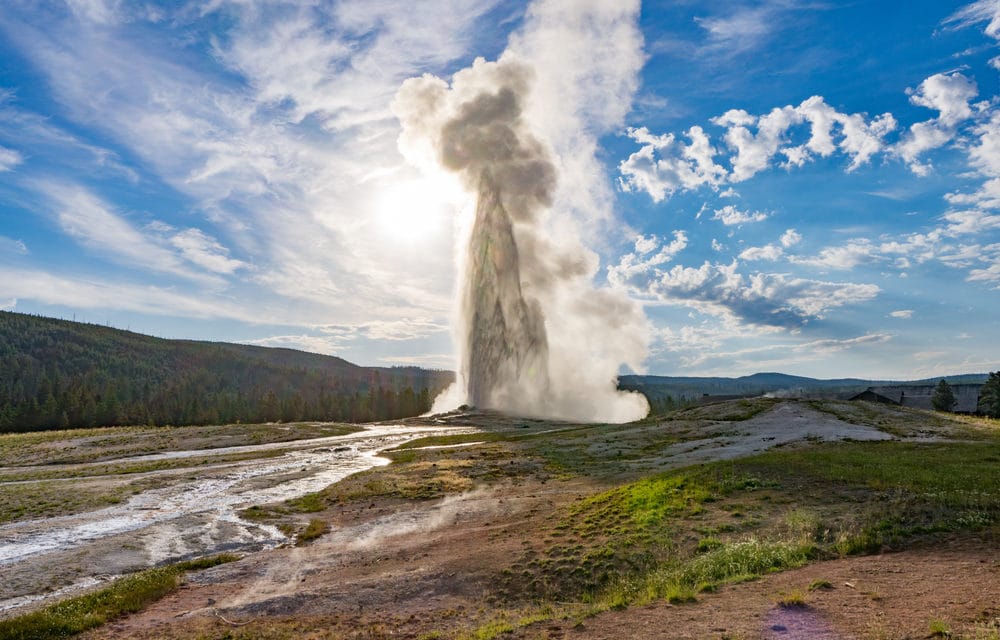 (ETH) – After remaining dormant for more than six years, Yellowstone’s Giantess Geyser has erupted springing back to life. The Giantess Geyser, located in Wyoming, has historically erupted two to six times per year, according to the National Park Service.

The Geyser was captured on video footage webcam that revealed the geyser erupting as parkgoers watched on. According to the park service website, the Ginatees Geyser characterizes “infrequent but violent” eruptions and these eruptions can cause the surrounding area to shake from underground steam explosions right before the initial eruptions.

These eruptions may occur twice hourly, and continue for four to 48 hours. Streams from eruptions can reach 100-200 feet. According to Fox News, The six-year dormancy between eruptions was officially the longest since the 1980s, but the geyser has had years-long dormant periods before, according to the agency. “Why geysers turn off and on is something that is not well understood,” the USGS tweeted. “They are very fragile systems.”