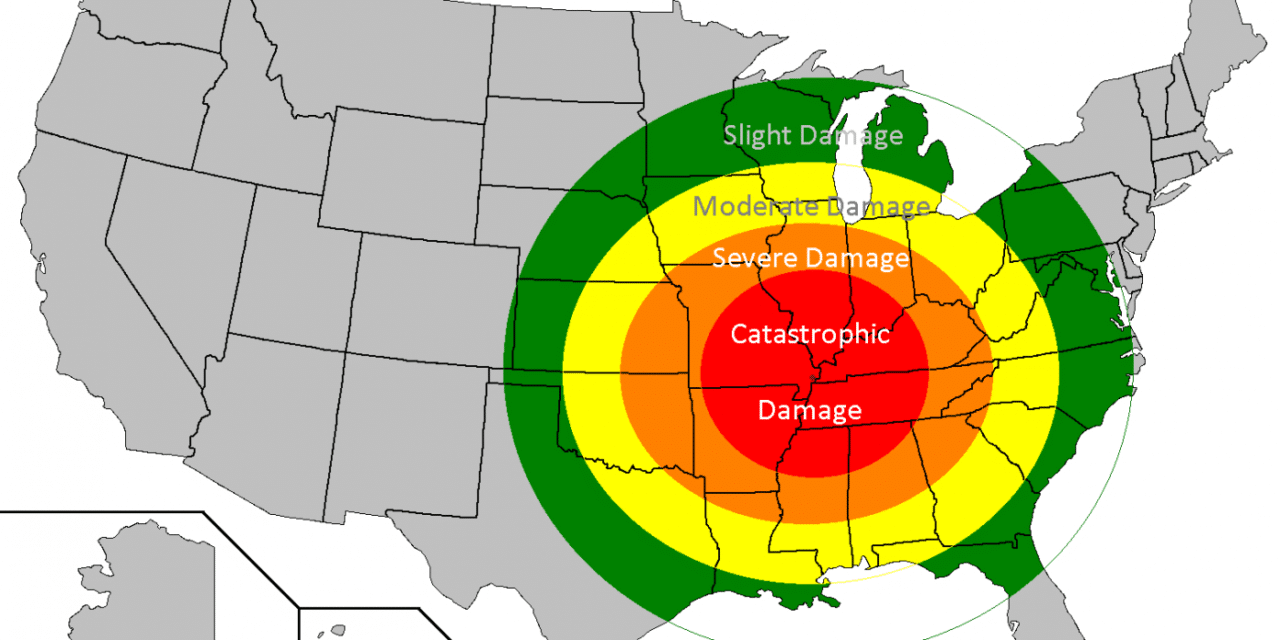 (OPINION) Michael Snyder – So many people have been shown the great earthquake that is eventually going to rip North America in half along the New Madrid fault. A few days ago, a wonderful woman named Donna Hazlett sent me a vision that God gave to her last year. In this vision, she was shown a highway that will instantly be submerged by water once this massive earthquake hits.

Hi Michael,
Last year, I had a vision during the day. I was wide awake and all of a sudden I was transported and was standing next to a man and I had peace with him. I don’t know who it was or if he was an angel. But I had perfect peace with him and knew I was safe.

I felt calm standing next to him. Where we were standing, in front of us there was black asphalt like a small parking lot, but there weren’t any painted markings where cars would park, but it was an area of black asphalt and beyond that, there were trees and hills. It was daytime. We stood and looked ahead. Then it was as if the earth began to wobble on its axis.

Those were the exact words that came to my mind as it happened. In your book, someone described it as the ground rolling up and down. That’s how it looked. But underneath my feet, it felt as though the earth was wobbling on its axis. Then he showed me a highway with cars driving on it. It was still daylight and the highway was dry.