Why are officials spending millions of dollars to stockpile giant mountains of food? 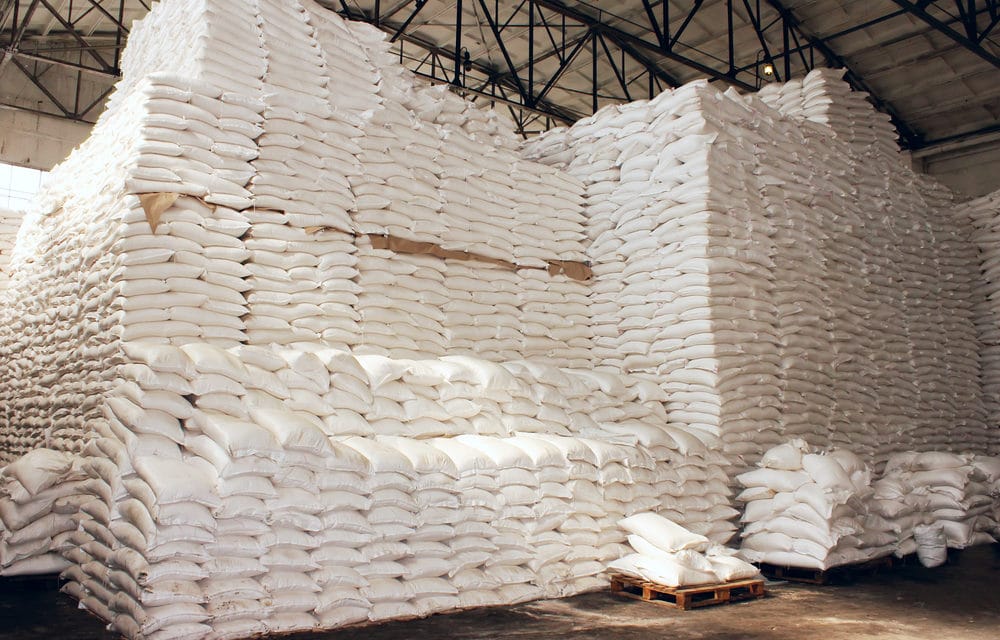 (OPINION) Michael Snyder – If everything is going to be just fine, why are officials spending millions of dollars to stockpile giant mountains of food?  What has just been revealed about the “new food warehouse” in Washington state should be a major red flag for all of us.

Most Americans seem to believe that the COVID-19 pandemic, the enormous economic problems that have erupted and the nightmarish civil unrest that has been raging in our major cities are all just temporary phenomenons and that life will eventually get back to normal.

Meanwhile, authorities in Washington state are acting as if what we have experienced so far is just the beginning.  According to the Seattle Times, stockpiles of food are being stacked all the way to the roof in “Washington state’s new food warehouse”…

In Washington state’s new food warehouse, there’s enough Jif peanut butter to make nearly 3 million sandwiches. Barilla pasta boxes stretch to the ceiling, 100,000 in all. Large stacks of TreeTop applesauce, pancake mix, and canned green beans sit on pallets, like soldiers waiting to be sent into duty. That seems like quite an odd thing to do if happy days are right around the corner. So what prompted authorities in Washington state to do this?

A “shortage” of food in the months ahead? That is quite a statement to make. In a previous article, I detailed that we are already witnessing periodic shortages of aluminum cans, soda, flour, canned soup, pasta and rice.  But what is happening in Washington makes it sound like they believe that what is ahead will be far, far more severe.

Up to this point, Washington state has spent a total of 6.1 million dollars on 4,000 pallets of food, but only about one-fourth of the orders that they have placed have already arrived. So why hasn’t the rest of the food arrived yet? Could it be possible that the other 49 states and the federal government are doing the exact same thing?

Unfortunately, I don’t have an answer to that question today.  If anyone out there has any leads or intel that will help me to answer that question, please let me know. Meanwhile, we continue to see unprecedented lines at food banks all over the nation.

On Tuesday, vehicles lined up “for a mile” to receive free food at a distribution event in Dallas… Thousands of people have lined up at a Texas food bank, with cars stretching for a mile as the state struggles with being the third-worst affected by the coronavirus outbreak.

Fair Park in Dallas County held its fourth food drive since the pandemic was declared in March but the event on Tuesday was the first mega distribution that offered an option for several hundred walk-up clients without transportation. READ MORE