We Should Mourn For What Is Happening To America 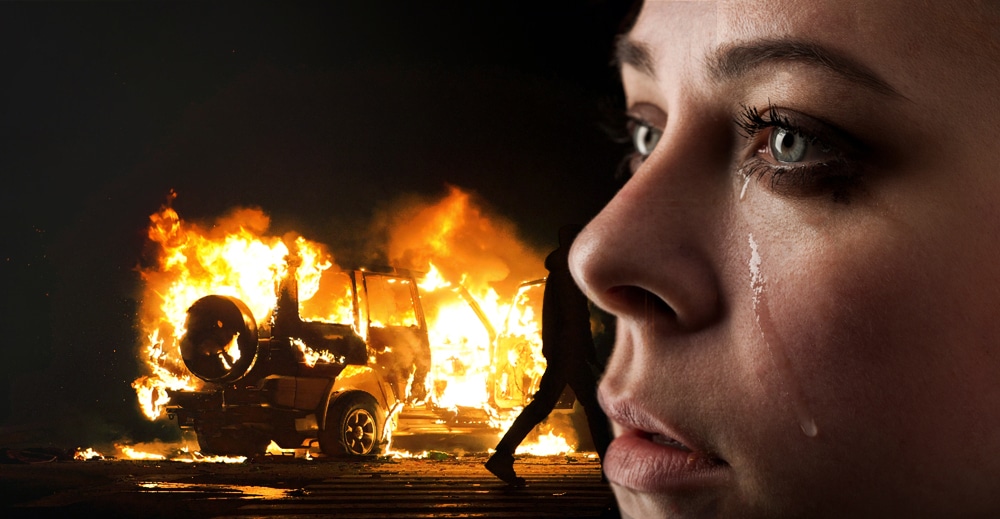 (OPINION) Michael Snyder – This week it was Kenosha, Wisconsin, and next week it will probably be somewhere else. Yet another senseless police shooting was followed by more rioting, looting, and violence.

Of course, rioting, looting, and violence have basically become a nightly occurrence in America at this point anyway. The protests never seem to end in some cities, and crime rates are absolutely skyrocketing all over the country.

Much of what is written about all of this chaos is focused on trying to pin the blame on someone, but even if we correctly identify who is to blame, will that actually stop the violence? I don’t believe that it would. In fact, I don’t think that anything is going to stop the violence any time soon.  I just feel so sad today.

We are literally watching the meltdown of our society, and that process is going to continue no matter what happens in November.  I have never seen so much anger in America, and the frightening thing is that the level of anger seems to just keep growing. I wish that we could learn to truly forgive one another, love one another, and come together as a society.

For years I have been telling my readers that civil unrest like this was coming, and there is an entire chapter in my new book entitled “Civil Unrest and Martial Law”.  So many of the things that I and others have been warning about are now playing out right in front of our eyes, but there is absolutely no joy in being correct.

There is only sadness.  I love the United States of America and what I see happening to our nation grieves me very deeply.  Whenever I write articles about our need to love one another, those articles tend not to get much attention at all.

In America today, we would much rather hate our enemies than love them.  The corporate media has trained us to hate those “on the other side”, and they have done that job very well.  They have been stirring the pot for years, and now much of the population has been perfectly primed to explode.

In such an environment, it was inevitable that there would eventually be eruptions of violence.  On Sunday night, it was Kenosha’s turn… Armed rioters shut down streets in Kenosha, Wisconsin on Sunday night as the city fell into chaos after a police-involved shooting earlier in the evening. READ MORE