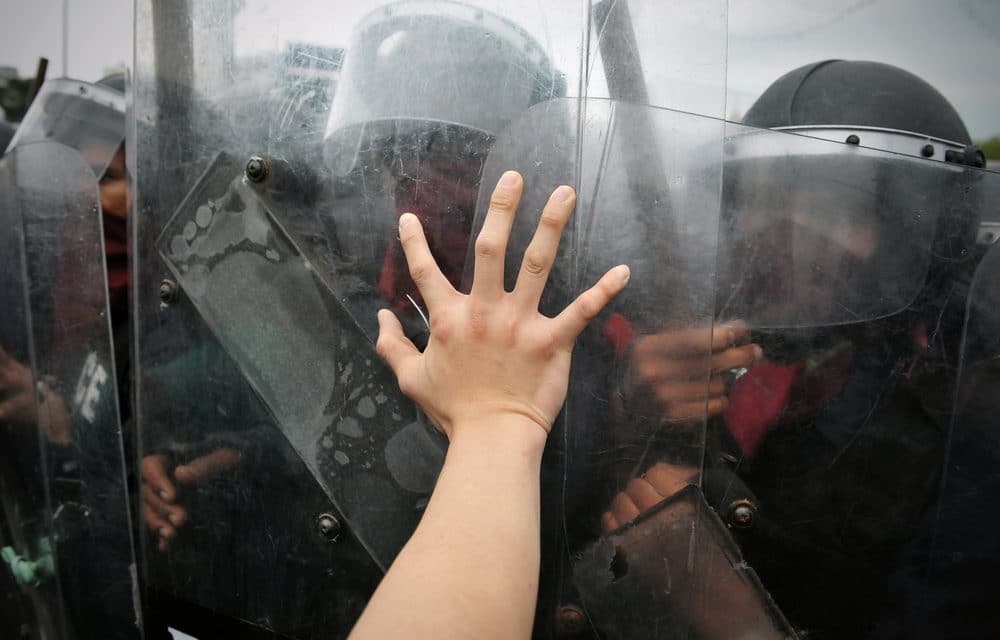 (ETH) – The “Defund Police” movement is continuing to grow Nationwide From Los Angeles to New York City, from Philadelphia to San Francisco, and at least 12 other cities are now bracing for severe budget cuts not seen in more than a decade sparking a spike in violence nationwide.

A report from CBN News is stating that days after the Austin, Texas, City Council voted to slash $150 million from the police budget, three Cedar Park police officers were recently shot on Sunday after a man barricaded himself with three of his family members.

“I visited them in the hospital along with their families,” Mike Harmon, with the Cedar Park Police Department, told reporters. “They are all in stable condition and doing well.” Even the state’s governor recently warned the cuts in police funding will “pave the way for lawlessness.”

Meanwhile, In Chicago, a new video emerged revealing a violent confrontation between Black Lives Matter protesters and police officers. “This group changed their appearance and began pushing our officers, and eventually assaulting them,” said David Brown, a spokesperson with Chicago Police Department.

One protestor even struck a police officer repeatedly with a skateboard. The mayor of Chicago has come out warning that the attack on police officers was planned and that protesters came with the intent to spark a confrontation.

“We are absolutely not going to tolerate people who come to these protests looking for a fight and are intending to injure our police officers and injure innocent people,” said Mayor Lori Lightfoot. Authorities in Chicago now monitoring social media sites for threats against officers and businesses. “What we want to do is expand our capacity in this space, looking at intelligence on open source,” David Brown, a superintendent with Chicago Police, told reporters.