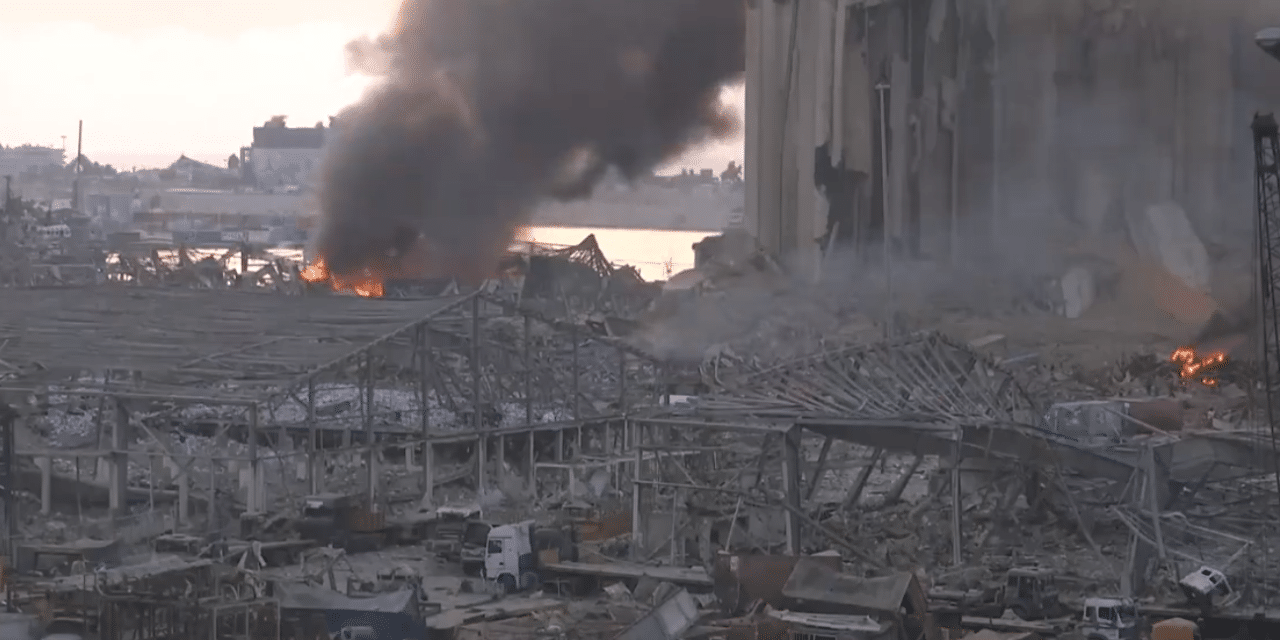 (Yahoo) – Two enormous explosions rocked the Lebanese capital’s port on Tuesday, killing and wounding dozens of people, shaking buildings and sending huge plumes of smoke billowing into the Beirut sky. Video footage of the second blast showed an enormous orange fireball that dwarfed nearby buildings and sent a devastating tornado-like shockwave ripping through the city.

“We heard an explosion, then we saw the mushroom,” said one resident who witnessed the second, deafening explosion from her balcony in the city’s Mansourieh district. “The force of the blast threw us backwards into the apartment,” she said. Lebanese media carried images of people trapped under rubble, many bloodied, after the massive blasts, the cause of which was not immediately known.

A soldier at the port, who asked not to be named, told AFP: “It’s a catastrophe inside. There are corpses on the ground. Ambulances are still lifting the dead.” The official National News Agency confirmed deaths in the blast, without citing a number. The explosions “caused dozens of injuries,” a security source said. The AFP correspondent said every shop in the Hamra commercial district had sustained damage, with entire storefronts destroyed, windows shattered and many cars wrecked. FULL STORY