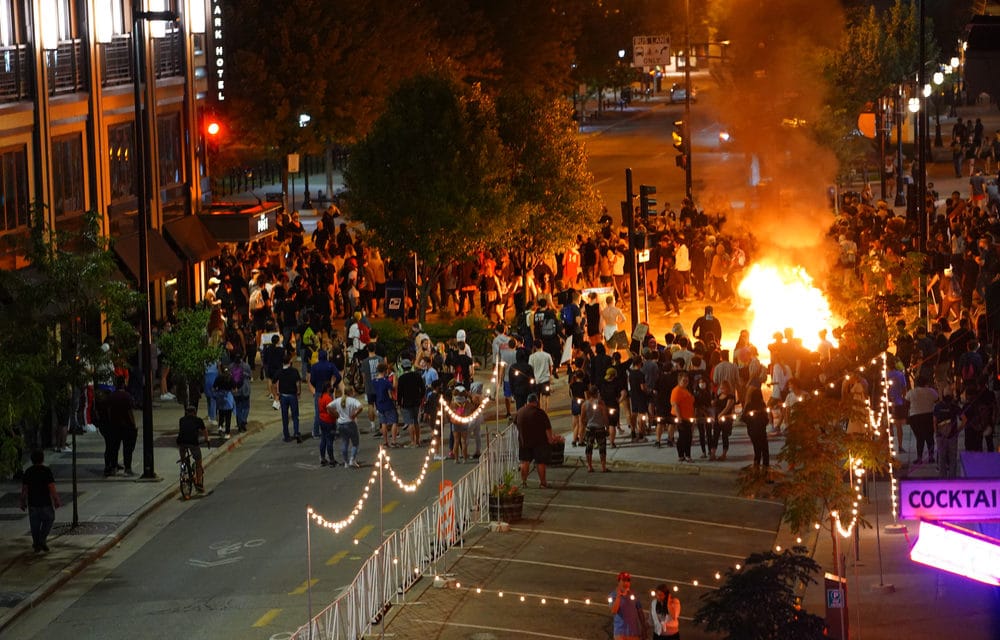 (ETH) – Unrest in Kenosha is looking more like a war zone as a 17-year-old police admirer was arrested on Wednesday night after two people were reportedly shot to death during the third straight night of protests in Kenosha over the police shooting of Jacob Blake.

The report stated that Kyle Rittenhouse, of Antioch, Illinois was taken into custody in Illinois on suspicion of first-degree intentional homicide in the attack Tuesday that was largely captured on cellphone video that has also left a third person wounded from the shooting.

The gunman could be heard saying “I just killed somebody,” at one point during the rampage that exploded just before midnight in the city of 100,000 people midway between Milwaukee and Chicago. Wisconsin Governor.

Tony Evers has now authorized the deployment of 500 members of the National Guard to Kenosha, doubling the number of troops on the ground. It is reported that he is also working with other states to bring in additional National Guard members and law officers.

“A senseless tragedy like this cannot happen again,” the governor, a Democrat, said in a statement. “I again ask those who choose to exercise their First Amendment rights please do so peacefully and safely, as so many did last night. I also ask the individuals who are not there to exercise those rights to please stay home and let local first responders, law enforcement, and members of the Wisconsin National Guard do their jobs.”