UNRAVELING: Seattle BLM Activists Harass People in Their Homes, Demanding Money or Their House as ‘Reparations’ 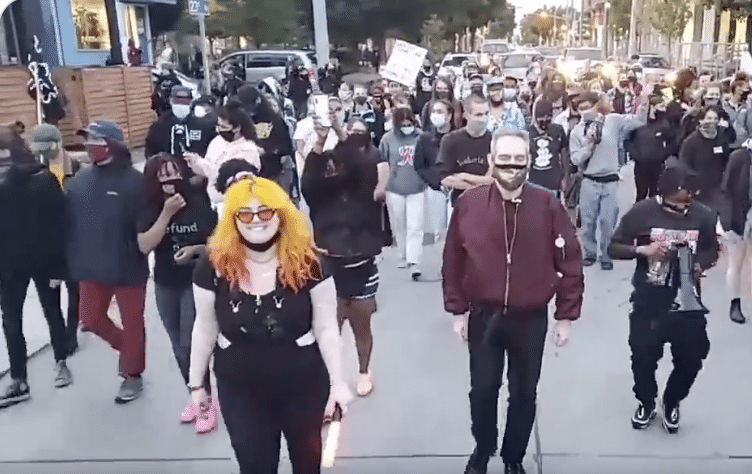 (CBN) – Black Lives Matter supporters have now taken their protesting to a new level – harassing people in their own homes.  TownHall reports BLM protesters in Seattle, Washington, are going to people’s homes at night and telling them to give them money or give up their homes.

The website also posted several videos of Seattle protesters that were shared on Twitter of BLM supporters yelling through megaphones and shining flashlights through people’s windows. BLM activists claim the residents they targeted helped to “gentrify” the formerly Black neighborhood by the mere act of renting their homes.

So, they’re demanding the residents pay up and give back. One Twitter user named Kitty Shackleford posted a video of a young man talking to an off-camera reporter. His face cannot be seen in the video. Shackleford noted that “the demands have now changed to ‘we want it all’.”