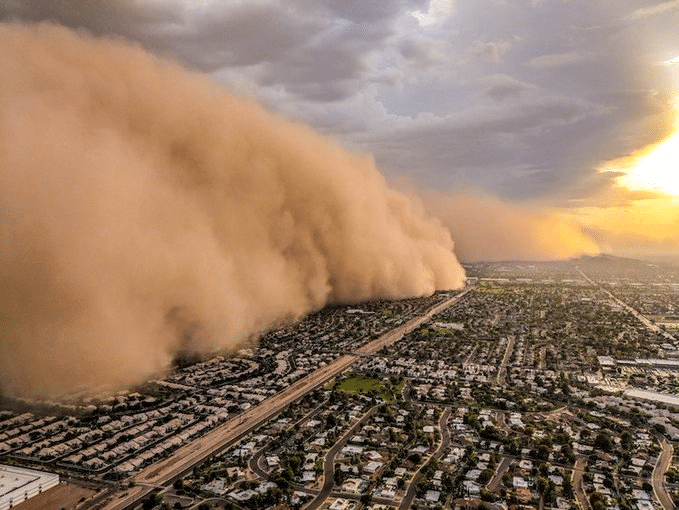 (ETH) – Two dust storms reportedly converged over the greater Phoenix area on Sunday closing down interstate 10 for a brief time and only hours after the city broke another record as a deadly heatwave continues to grip the West, In fact, The National Weather Service (NWS) announced that the Phoenix office stated that the city beat the previous record-high temperature of 113 degrees Fahrenheit on Sunday, topping out at 115 degrees.

This is the view on I-10 WB right now near Picacho Peak. #PullAsideStayAlive when a dust storm comes into an area. Get tips here: https://t.co/X2sLfWwAV5#azwx #aztraffic #I10 pic.twitter.com/TBJfm0oXFK

When the dust storms collided it produced a massive wall of dust that forced drivers throughout the area to pull their vehicles over to stay safe from roads with low visibility. A semi-truck on Interstate 10 near Picacho Peak was blown over by its side during the storm, resulting in the roadway being closed for a short period.