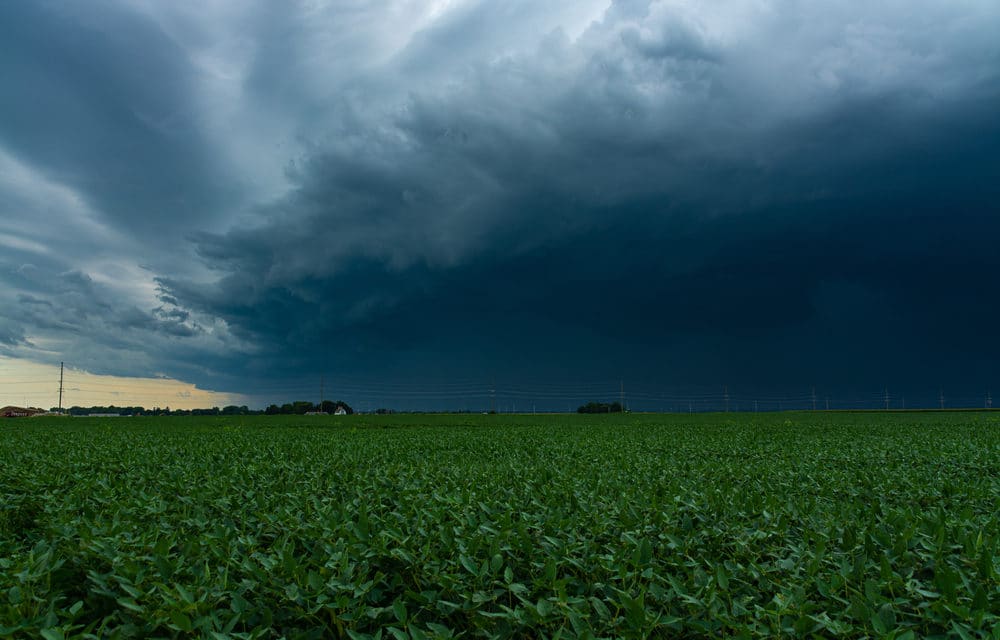 A derecho according to Wikipedia, is a widespread, long-lived, straight-line wind storm that is associated with a fast-moving group of severe thunderstorms known as a mesoscale convective system and potentially rivaling hurricanic and tornadic forces.

Derechos can cause hurricane-force winds, tornadoes, heavy rains, and flash floods.  The recent derecho that struck the heartland ravaged millions of acres of corn and soybeans fields in Iowa as winds gusts topped at over 100 mph.

Shannon Textor, who is a spokesperson for the Iowa Corn Growers Association, reported that it may be weeks to determine the monetary loss as a result of the storm. “It’s really hard to get your arms around the devastation at this point,” Textor admitted.

President Donald Trump took notice of the destruction and on Tuesday discussed the damage and promised Iowans the “full support of the federal government in recovery. According to Iowa Governor. Kim Reynolds, the devastation caused an estimated $4 billion in damages from the storm. During a briefing with the president, Reynolds described the storm as a “40-mile-wide tornado that went through the state of Iowa.”