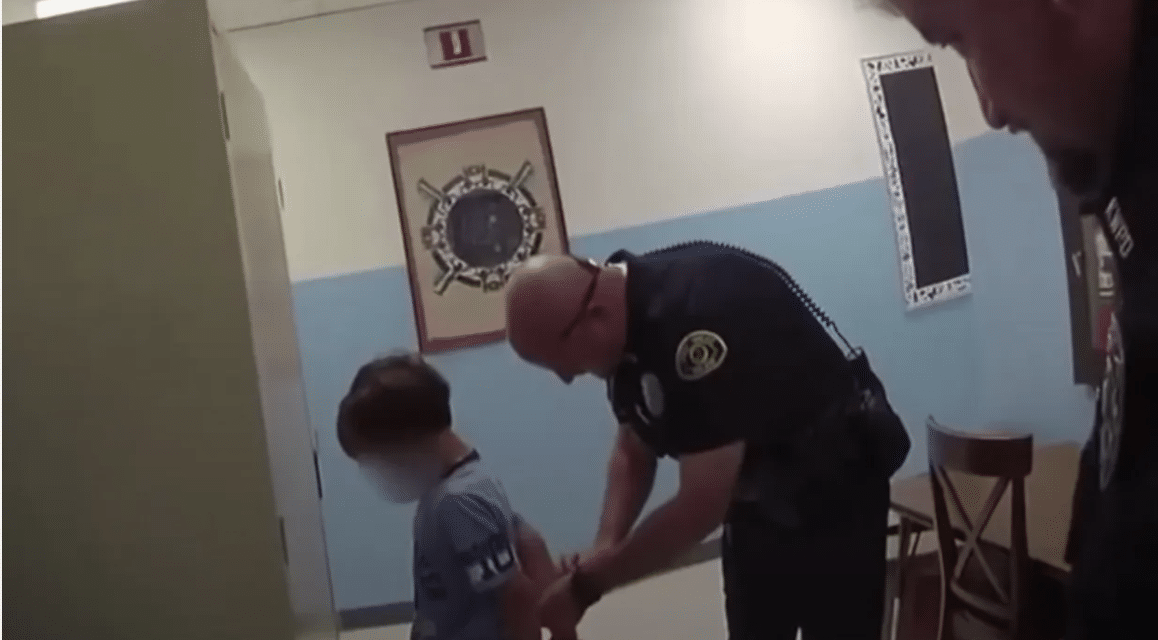 (TheBlaze) – Members of the Key West, Florida, police force are under fire after bodycam footage emerged of a disturbing 2018 arrest of an 8-year-old special-needs boy.

According to a Wednesday CNN report, the unnamed child — who receives services as a special-needs student — allegedly hit a substitute teacher. The teacher, who also remains unnamed at the time of this reporting, reportedly phoned authorities on the boy though she purportedly did not sustain any actual injuries.

The incident took place in the school’s lunchroom as the substitute watched over a class eating their meals. Reports allege that the boy was not sitting properly in his seat, which prompted the teacher to direct him to sit properly on the bench.

When he reportedly wouldn’t, she directed him to sit with her instead. When he refused, she approached him. The child reportedly told the teacher, “Don’t put your hands on me” and reportedly began to swear at the teacher, telling her that his mom would “beat your a**.” He then reportedly struck her in the chest with his right hand. When authorities arrived at the school, two of the officers approached the boy — who stands around 42 inches tall — to tell him that they were going to arrest him. READ MORE