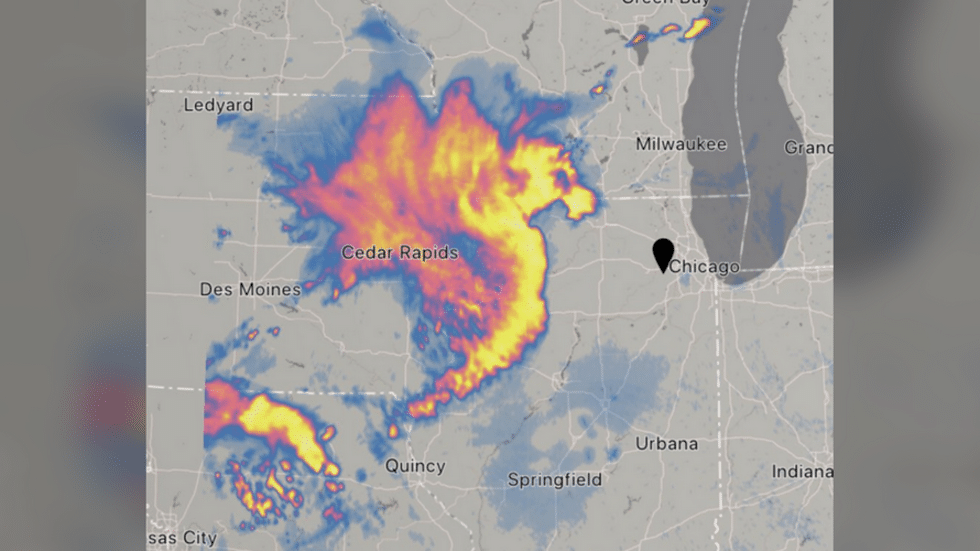 (RT) – An enormous “derecho” storm cluster with winds up to 100mph has taken shape in the midwestern US, leaving a trail of destruction in its wake and heading straight for Chicago – as if the Windy City doesn’t have enough problems.

The devastating storm – given the rare classification of “Particularly Dangerous Situation” by government meteorologists – is expected to pummel northern Illinois and southern Wisconsin with winds of up to 100mph (160kph) through 7pm local time, according to the US Storm Prediction Center.

Potentially causing more damage than a tornado, a derecho is defined as a “line” of thunderstorms stretching at least 250 miles (402km) with wind gusts above 58mph including multiple separated gusts of over 75mph. Damage caused by such formations is termed

“straight-line wind damage” to differentiate it from that caused by tornadoes. Monday’s derecho, which took the shape of a dragon in some ominous radar images, may also be accompanied by large hail and even a few tornadoes, according to the SPC. READ MORE