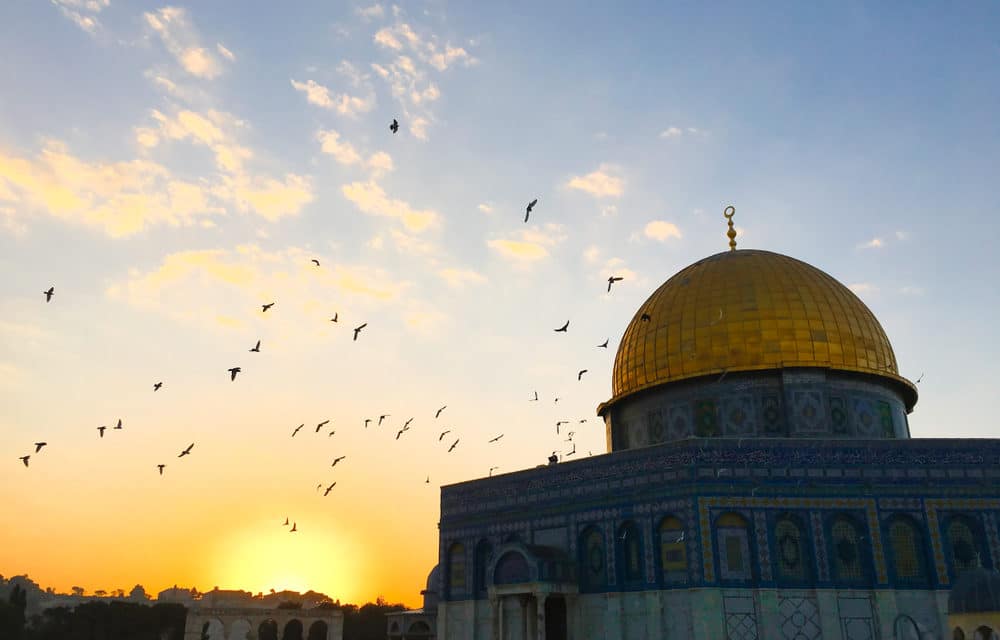 (OPINION) BIN – A recent statement by Lebanon’s president suggested that he would be receptive to an agreement with Israel similar to the one signed with the United Arab Emirates.

The announcement has huge political and security implications, suggesting that Hezbollah may be on its way out, but, more importantly, a pact of brotherhood with Lebanon would be an element in the construction of the Third Temple as it was in the days of King Solomon. In an interview with French-language BFM TV on Saturday night, Lebanon’s President Michel Aoun was asked if he would consider making a peace agreement with Israel as the United Arab Emirates had just done.

“That depends, Aoun responded. “We have problems with Israel and we have to resolve them first.” Though the response was non-committal, this represented a major shift in his position on Israel.  In 2006, as head of the Free Patriotic Movement (FPM), he signed a Memorandum of Understanding with Hezbollah which included a military strategy targeting Israel.

Hezbollah is a powerful political entity, having fully one-third of the seats in Lebanon’s parliament.  Concerning the recent normalization deal signed between the UAE and Israel, Aoun stated that the UAE is an “independent country.” From the inception of Hezbollah to the present, the elimination of the State of Israel has been one of Hezbollah’s primary goals.

Some translations of Hezbollah’s 1985 Arabic-language manifesto state that “our struggle will end only when this entity [Israel] is obliterated”. According to Hezbollah’s Deputy-General, Naim Qassem, the struggle against Israel is a core belief of Hezbollah and the central rationale of Hezbollah’s existence.

Towards this end, Hezbollah has acquired an estimated 100-150,000 rockets.  The recent blast in Beirut Port has turned public opinion against Hezbollah. The explosion killed at least 171, wounded at least 6,000. Causing an estimated $10–15 billion in property damage, it left an estimated 300,000 people homeless. READ MORE