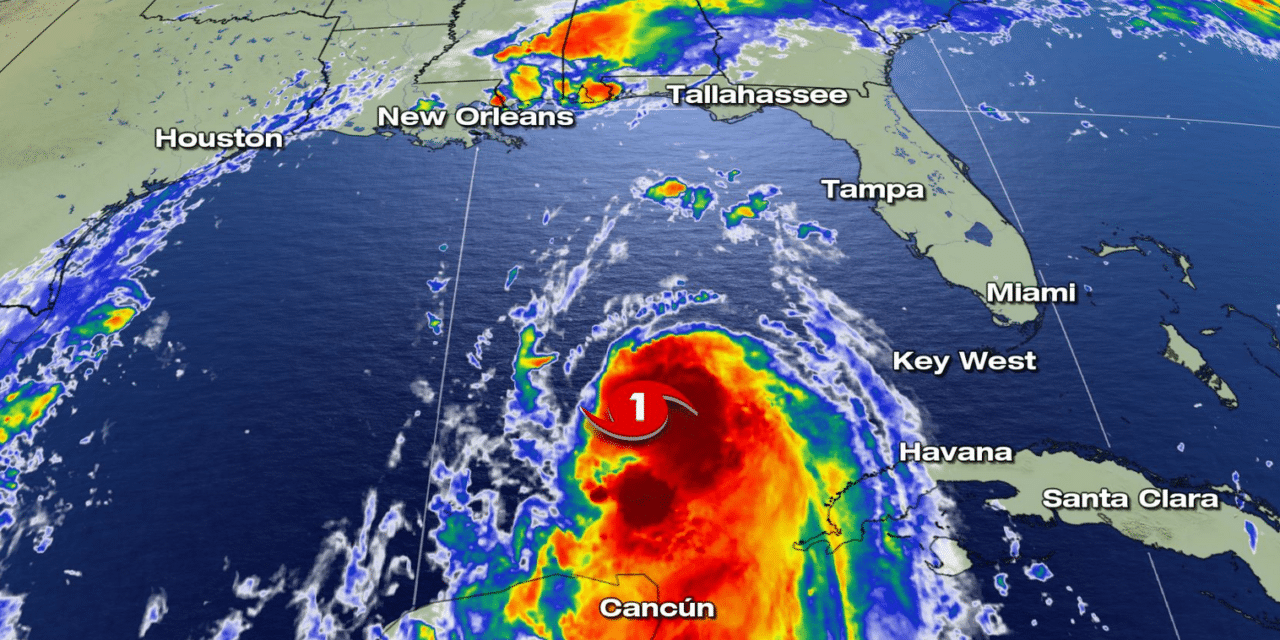 UPDATE (ETH) – Hurricane Laura has gained strength and could come ashore on Wednesday night or early Thursday morning with destructive winds reaching 110 mph, producing 15 inches of rain, and a 10-foot storm surge that could flood entire towns along the Gulf coast.

Locals from Texas to Mississippi are getting ready, boarding up their homes and businesses bracing for the storm to unleash its fury. Laura was visible from the international space station, building in speed and strength as it headed toward landfall.

Accuweather meteorologist Daji Aswad reported, “We have hurricane watches in effect for Lafayette, Port Authur, leading to Galveston, Houston, Huntsville into Alexandria, Louisiana.” Sandbags have already gone up throughout parts of Louisiana, and lines of boats, trailers, and cars have been parked behind flood barriers.

In New Orleans, a massive wall 26 feet high and 2 miles long has been built to protect the city from any storm surge. Meanwhile, In Texas, some areas are under mandatory evacuation starting today. Chief Peter Davis of the Galveston Beach Patrol said, “We’re looking at four-foot tides and just a four-foot tide hits the seawall.”