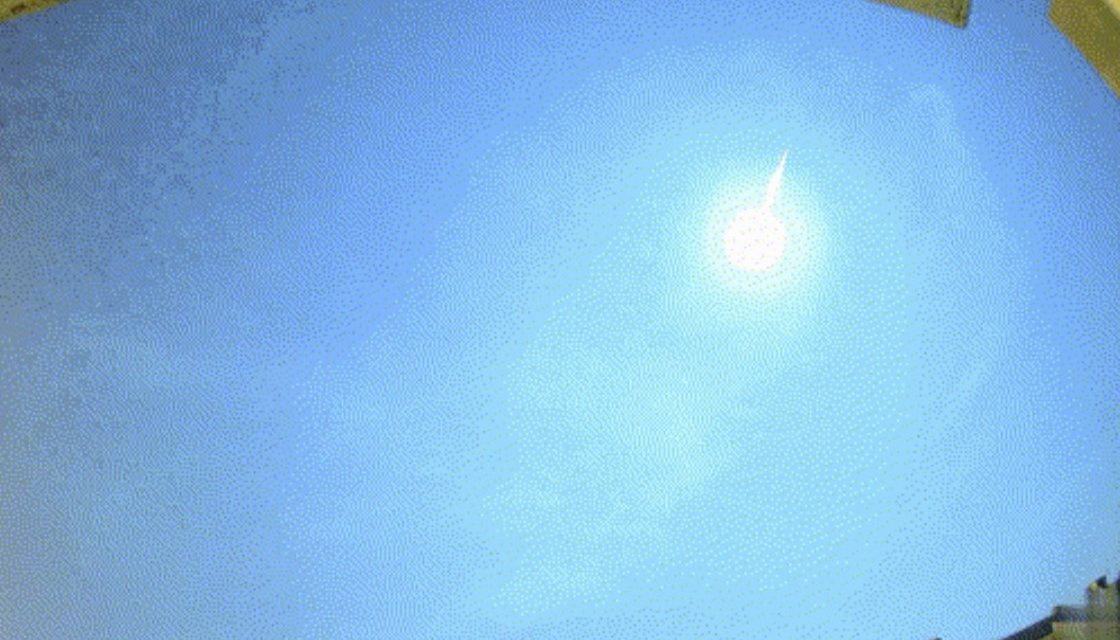 (ETH) – A huge fireball has reportedly exploded over Shandong Province, China turning the midnight sky into day according to eyewitness accounts.

The Aug. 16th, event has been deemed the brightest fireball in years and exploded over the atmosphere of the city of Linyi  The flash from the meteor was so bright that the night turned into day for miles around.

The sound from the explosion was reportedly so strong that it shook buildings in the region. “The meteor illuminated the whole earth and shook the landscape with a loud sound,” reports CMMO staff member Zhou Kun.

“The flash of light, which peaked at 22:59 pm local time, was widely observed across the Shandong and Jiangsu provinces of China.“ Scientists estimated that the astronomical magnitude of the flash to be -20, more than 900 times brighter than a full Moon.