Florida struck by multiple tornados, snapping trees in half and flipping vehicles 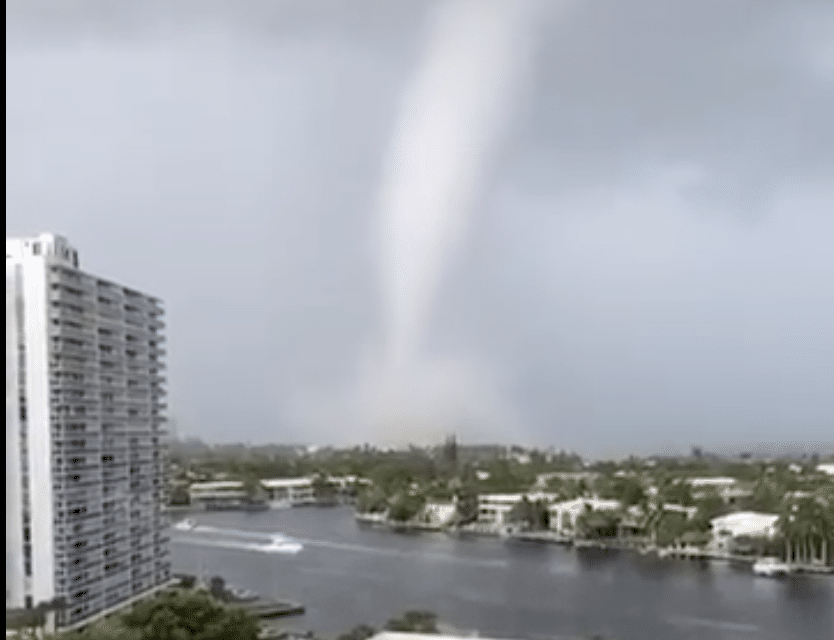 (ETH) – Florida has reportedly been struck with a series of ferocious storms producing multiple tornados terrifying locals, uprooting trees, and flipping cars over in the process.  There are reports of at least one waterspout that touched down around lunchtime, before transforming into a tornado at Golden Beach near Aventura on Wednesday.

According to eyewitness footage that captured the event, the waterspout made landfall and gathered pace as it transformed into a full-fledged tornado. Thankfully, the tornado was only registered as an EF0, which is the weakest tornado on the Enhanced Fujita scale, which made for some spectacular footage without posing a significant risk to locals or amateur filmmakers.

Thankfully there were no injuries reported from the incident, though several trees were uprooted and the roofs of multiple homes were damaged by debris. This has been one of many events that have pounded Florida of late, with a powerful storm striking the city of DeLand and knocking over a truck, and leaving some 11,000 homes and businesses without power.