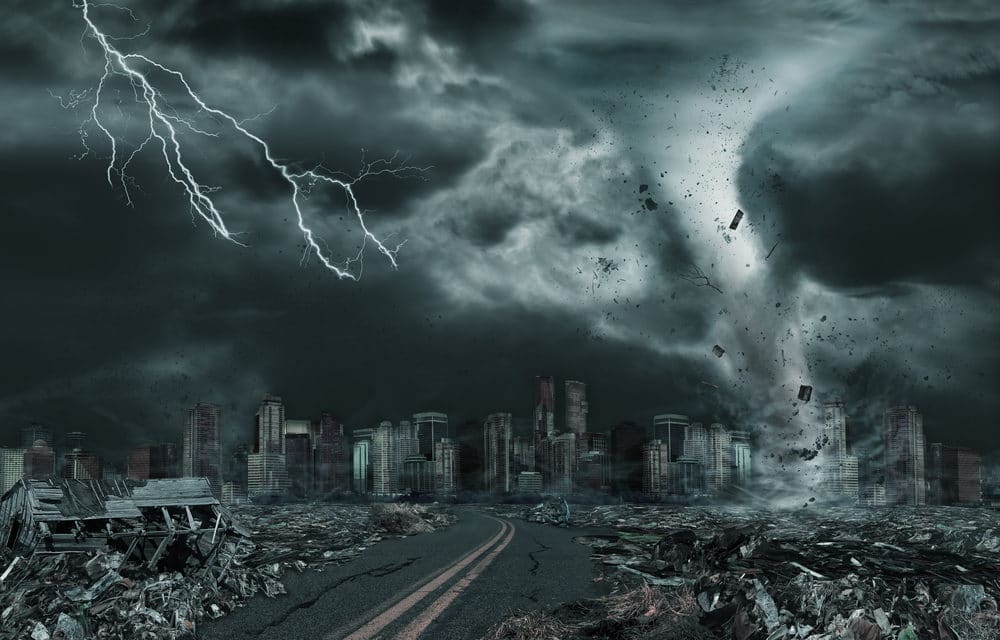 (EcoWatch) – We are witnessing historic heatwaves, wildfires a massive derecho that recently ripped through the middle of the nation, and a record-breaking pace to this year’s hurricane season, these unprecedented and extreme conditions are causing many experts to sound the alarm that we are now seeing the grim reality of what climate future scientists have been warning us about for decades — only it’s now beginning to take place.

Currently, the U.S. is experiencing multiple disasters happening at once. The Midwest is trying to recover from a devastating derecho that produced nearly $4 billion in damage to homes and crops, as nearly a quarter-million people in the West are under evacuation orders or warnings from fires that have burned over 1 million acres, and at the same time, residents along the Gulf Coast are getting hammered by Hurricane Laura.

“This current stretch of natural catastrophe events in the United States is essentially a snapshot of what scientists and emergency managers have long feared,” says meteorologist Steven Bowen, the head of Catastrophe Insight at AON, an international risk mitigation firm.

Another distinguished professor of Atmospheric Science at Pennsylvania State University, Michael Mann recently witnessed the devastating wildfires that took place in Australia, which is similar to what is transpiring in California right now. For years now, Mann has sounded the alarms about the acceleration of human-caused climate change, but even he is somewhat surprised at the pace in which things are happening.

“In many respects, the impacts are playing out faster and with greater severity than we predicted,” he said. EcoWatch stated: “It may be tempting to look at these extremes as a “new normal,” but Dr. Kevin Trenberth, a distinguished senior scientist at the National Center for Atmospheric Research, says while it may be new, it won’t be normal. “For some time we have talked about a ‘new normal’ but the issue is that it keeps changing. It does not stop at a new state. That change is what is so disruptive,” he said. Click HERE for the full report.