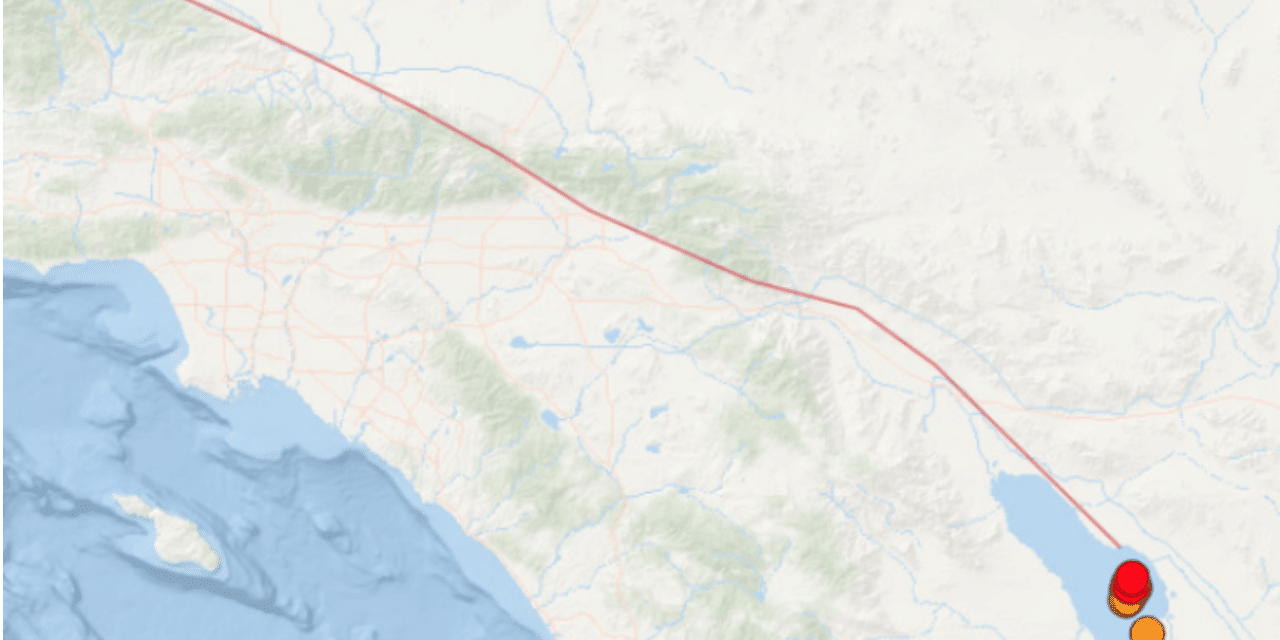 (Yahoo) – A swarm of small earthquakes in California, close to the Mexican border, is being closely monitored as to whether it might raise the chance of a much larger event on the San Andreas fault.

The largest earthquake on Monday was a magnitude 4.6, reported at 8:56 a.m. under the southeastern part of the Salton Sea, according to the U.S. Geological Survey. It was among a series that began at 6:33 a.m. with a magnitude 3.2 earthquake.

Magnitude 4 quakes struck at 9:03 a.m. and 12:29 p.m. It’s only the fourth time in the 88 years of modern records that such a swarm has occurred in this part of California — a region that raises concern among seismologists for the chance that it can trigger a significant earthquake on the San Andreas fault.

The San Andreas fault’s southernmost stretch has not ruptured since 1680 to 1690. Big earthquakes on this section of the southern San Andreas fault rupture on average every 250 years — although there can be wide variations as to how often they actually do occur. In general, there’s a 20% chance of a magnitude 7 or larger quake on this part of the San Andreas fault over the next 30 years. READ MORE