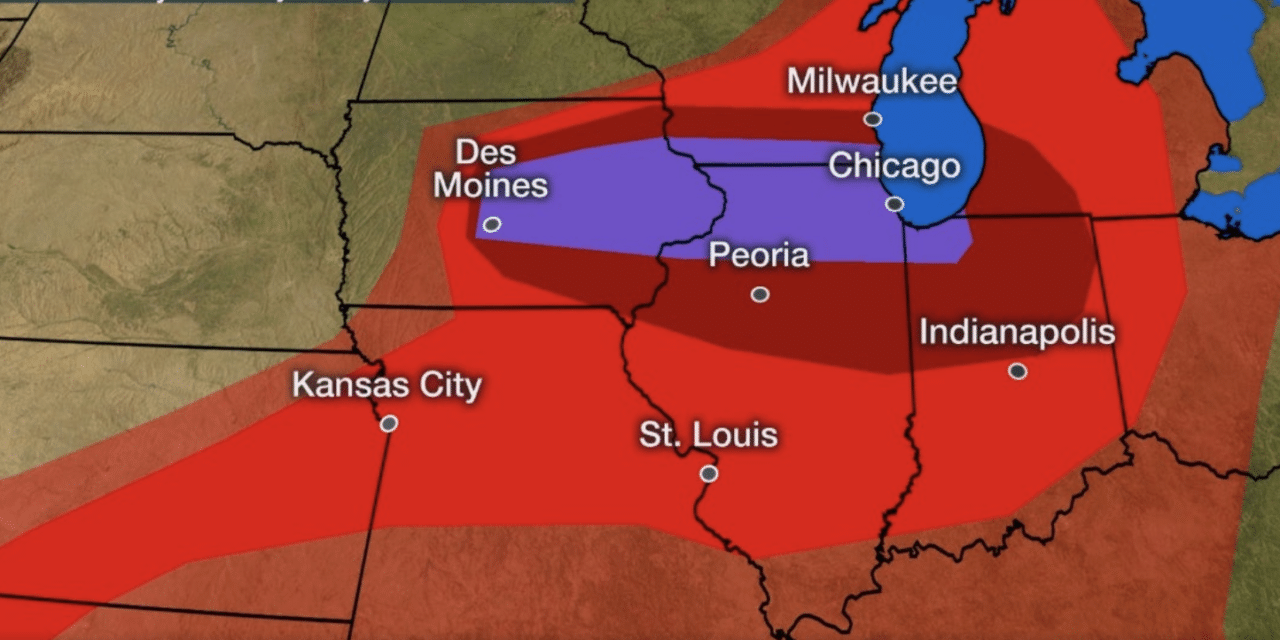 (TWC) – Severe thunderstorms are producing widespread damaging winds across a part of the Midwest today as a derecho races eastward. A derecho is a widespread wind damage event caused by severe thunderstorms, and this one got its start in eastern Nebraska Monday morning.

The complex of storms has knocked out power and caused tree damage from around Omaha, Nebraska, to central Iowa. Winds gusted up to 99 mph as these storms passed through Marshalltown, Iowa. More than 200,000 homes and businesses have lost power in Nebraska and Iowa, according to poweroutage.us.

The severe thunderstorms are expected to track eastward through the eastern half of Iowa to northern Illinois, far southern Wisconsin, northern Indiana, and southwestern Michigan into the afternoon and early evening hours.

Tree damage, power outages, and some structural damage will occur along the path of these thunderstorms, particularly in the purple-shaded areas of the map below. This includes the Chicago metro area by later this afternoon.

A severe thunderstorm watch is in effect until 7 p.m. CDT from eastern Iowa into southern Wisconsin and northern Illinois. NOAA’s Storm Prediction Center says this is a “particularly dangerous situation” and that wind gusts could top 80 mph in some locations. READ MORE