China and US tensions growing, Israel and Hamas conflict grows and Russia carries out largest War Games since Cold War 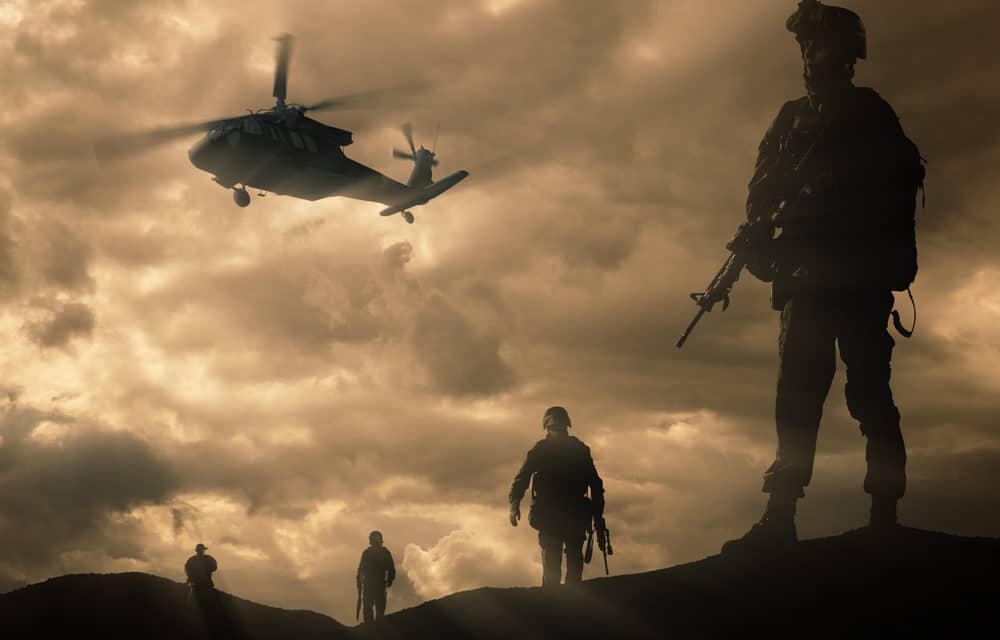 (ETH) – There have been several events transpiring across multiple fronts over the past few days that have made headlines revealing tensions rising among Nations of the World. The Washington Free Beacon recently reported that an impending expiration of an international weapons ban on Iran is threatening to flood the Middle East with high-tech Russian and Chinese military equipment, resulting in Senior Trump administration officials warn will spark an arms race and could ignite a massive regional war.

“Letting the arms embargo expire would set off an arms race in the Middle East,” Brian Hook, who served as the administration’s top Iran envoy, told the Free Beacon following a fresh round of meetings this week with Israel and Gulf Arab leaders.

“I have heard that repeatedly from Gulf leaders and Israel during this trip. The permanent members of the Security Council dismissed the request from all six Gulf nations and Israel to extend the arms embargo and add new sanctions on Iran.

This came amid further tensions between the US and Russian militaries, were thrust onto center stage this week when a collision between American and Russian military vehicles in Syria injured seven US service members and led Moscow and Washington to blame each other for the incident. Also, a U.S. spy plane reportedly crossed into a no-fly zone in the Pacific on Tuesday disrupting drills being carried out by China, The act was sharply criticized by Chinese officials where China’s Defense Ministry stated that an American U-2 aircraft engaged in a “purely provocative act” by entering a no-fly zone”.

As a result China reportedly fired two medium-range missiles into the South China Sea in what is being called a warning to the US as ongoing tensions continue between the two. Beijing went further to caution against further US naval operations in the South China Sea, claiming that recent activities by the American side create conditions for an unintentional military confrontation.

There is also a report that China may restrict American access to medical supplies in what is being called retaliation for intensifying U.S. regulations on Huawei, according to a prominent economist and Chinese Communist Party adviser. “For vitamins and antibiotics, more than 90% of their raw materials are produced in China,” Tsinghua University finance professor Li Daokui said in response to new regulations targeting the flagship telecommunications company.

“The U.S. will definitely not be able to produce them in the short term.”  Then in the Middle East, Israel has been in a continuous confrontation with Lebanon and Hamas that has resulted in Israeli aircraft and tanks have reportedly striking Hamas facilities in Gaza while militants fired half a dozen rockets towards southern Israel.

The strikes follow a recent warning that was given by Benjamin Netanyahu, stating that if strikes continued from Lebanon against Israel, that they would retaliate with force. And finally, The Russian navy just conducted major war games near Alaska that included dozens of ships and aircraft and has been deemed the largest such drills in the area since Soviet times.

According to the AP, Russia’s navy chief, Adm. Nikolai Yevmenov, stated that more than 50 warships and about 40 aircraft were taking part in the exercise in the Bering Sea, which involved multiple practice missile launches. “We are holding such massive drills there for the first time ever,” Yevmenov said in a statement released by the Russian Defense Ministry. It wasn’t immediately clear when the exercises began or if they had finished.