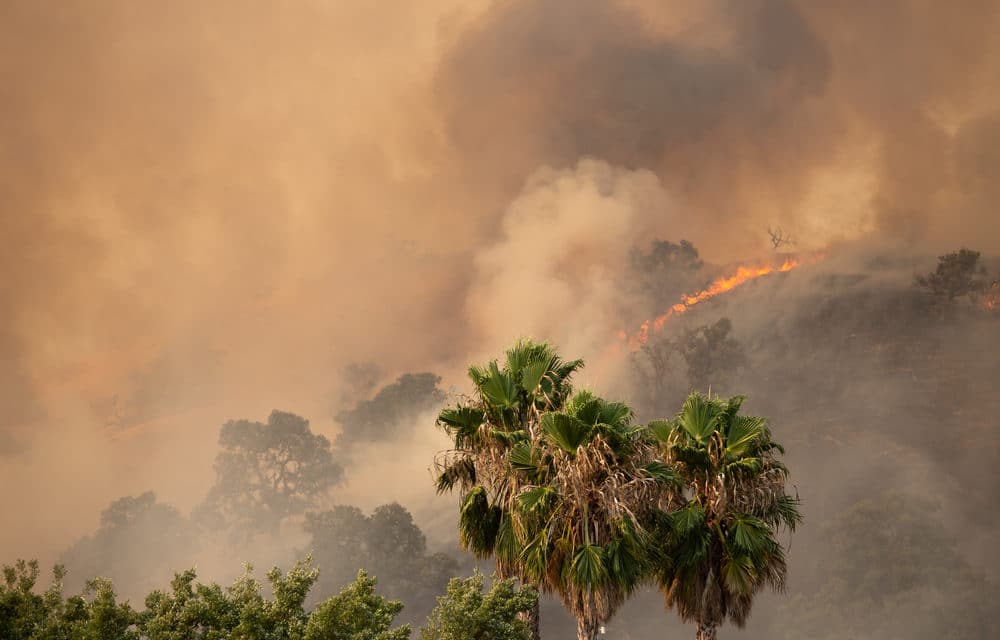 (ETH) – The deadly wildfires continue to rage in California claiming at least six lives and forcing tens of thousands from their homes as firefighting are exhausting all their resources to fight off the inferno.

According to the latest reports, Three major complexes encompassing dozens of fires have chewed through a combined 780 square miles of forests, canyons, and rural areas covering San Francisco on three sides.

Nearly 12,000 firefighters from across the state of California are working feverishly to put out the fire that has scorched more than 1,200 square miles in California, according to Daniel Berlant, who is the assistant deputy director for the state Department of Forestry and Fire Protection, known as Cal Fire.

The inferno is so bad that crews from Oregon, Idaho, and Arizona have also arrived as reinforcements to help relieve local firefighters, with engines on their way from as far away as Maryland and New Jersey.  Not only has much acreage been lost but tens of thousands of homes have also been threatened by the flames that drove through dense and bone-dry trees and brush.

There has also been evidence that many of the fires were sparked by lightning strikes from thunderstorms producing nearly 12,000 lightning strikes since last weekend — as a high-pressure area over the West brought a dangerous mix of triple-digit weather and monsoonal moisture pulled from the south.