California fires could be some of the largest in history, Pleading for more help 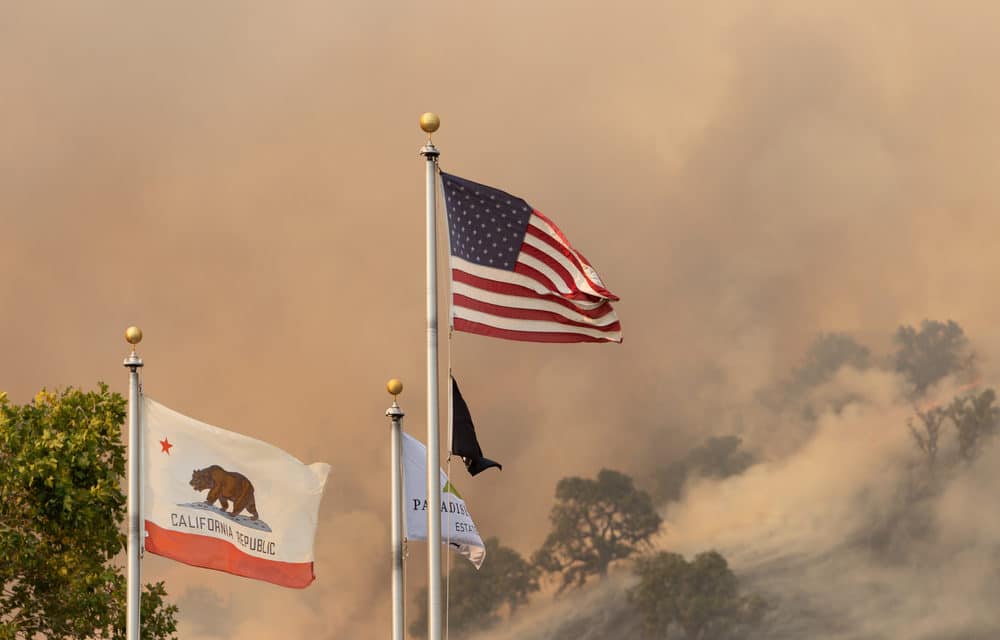 (ETH) – The ongoing fires in California have now been deemed some of the state’s largest-ever on record forcing tens of thousands from their homes and has the governor pleading for international help to fight the blazes.

The fires were sparked by nearly 12,000 lightning strikes that struck across the state in a span of 72 hours, sparking fires that left thick smoke blanketing large areas of central and northern California. “We simply haven’t seen anything like this in many, many years,” California governor Gavin Newsom said on Friday.

According to Yahoo, The two largest blazes — dubbed the SCU Lightening Complex and the LNU Lightening Complex — had scorched a total of just under 600,000 acres (240,000 hectares) and nearly 500 structures. The blaze has threatened Wineries in the famed Napa and Sonoma regions and has claimed the lives of five with four bodies recovered on Thursday alone, including three from a burned house in a rural area of Napa County.

The savage flames have destroyed Nature reserves as well with the Big Basin Redwoods State Park making a statement that some of its historic buildings had been destroyed by flames.  The park, where giant redwood trees of well over 500 years old can be found, was “extensively damaged” it said.

Roughly 119,000 people have been evacuated from the area already, with many struggling to find shelter and hesitating to go to centers set up by authorities because of coronavirus risks. Fire crews, surveillance equipment, and other firefighting hardware have been dispatched from multiple states including Oregon, New Mexico, and Texas, to fight the fires Governor Newsom told reporters Friday.

“We’re still understaffed for a fire of this size,” said Daniel Potter, a CalFire spokesman, in reference to the Santa Cruz blaze where crews are working 72-hour shifts to save homes in towns such as Ben Lomond. “We need HELP in the Santa Cruz mountains. SEND IN THE NATIONAL GUARD NOW!” San Jose State University professor Scott Myers-Lipton said on Twitter.