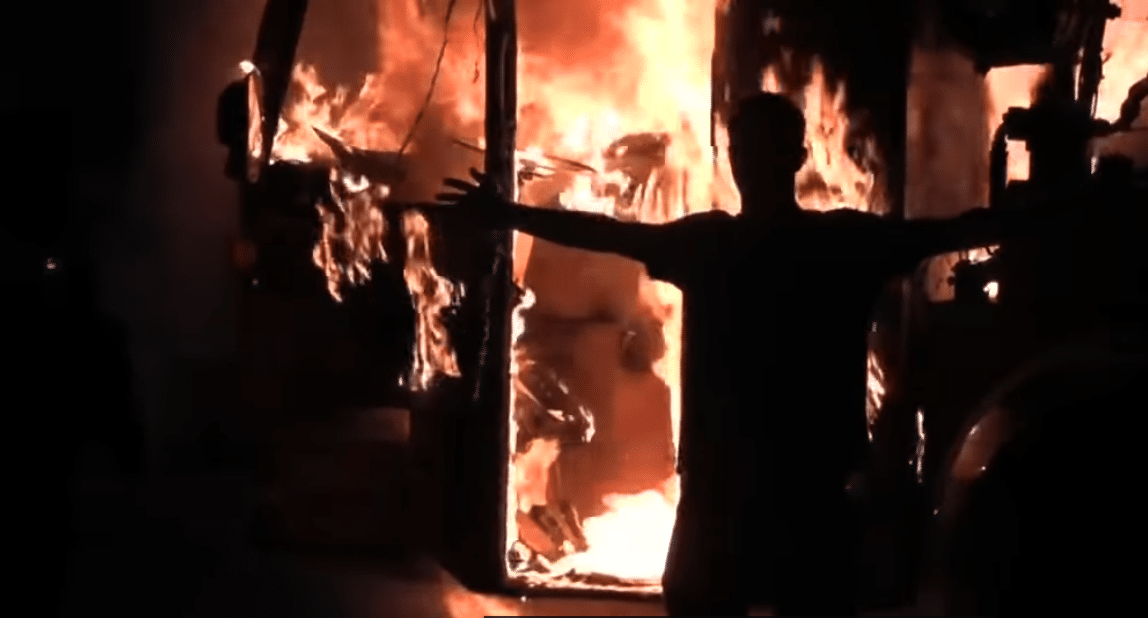 (ETH) – Wisconsin is reeling after the governor has recently been forced to dispatch 125 members of the National Guard following another round of violent protests following the police shooting of a Black man under controversial circumstances turned Kenosha into the nation’s latest flashpoint city in a summer of racial unrest according to the Associated Press.

The National Guard would have the responsibility of “guarding infrastructure and making sure firefighters and others involved are protected.” as well as County authorities announcing an 8 p.m. curfew.  Protesters set cars on fire, smashed windows and clashed with police officers in riot gear on Sunday night over the wounding of 29-year-old Jacob Blake, who was hospitalized in serious condition.

Blake was reportedly shot, apparently in the back, as he leaned into his SUV while his three children sat in the vehicle. The protests quickly turned violent resulting in at least officer being wounded after being struck in the head with what witnesses described as a brick, according to a video posted on social media.

In the video posted by Twitter user @BotchlaUS on Sunday night a pair of officers are seen walking around a police car amid a backdrop of fighting and small fires when the officer is seen suddenly collapsing to the ground.

At least two armed rioters were seen blocking a police armored car from proceeding down a street resulting in the police throwing tear gas canisters from the top of the vehicle to disperse the crowd. Moments later, gunshots rang out after one of the protesters appeared to open fire. Violence quickly spread with arge mobs looting shops and stores throughout the city.