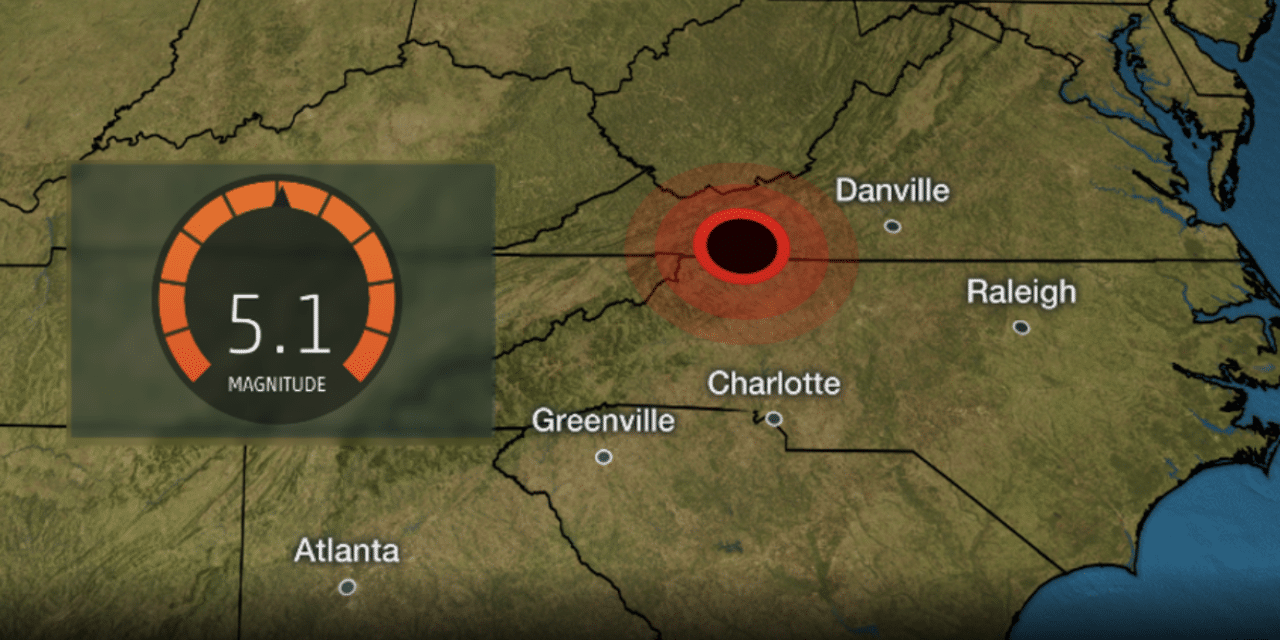 (ETH) – Residents across four states this morning were rattled by a strong magnitude 5.1 earthquake that struck about a mile south-southeast of Sparta, North Carolina, and was reportedly felt across North Carolina as well as South Carolina, Virginia, and Tennessee.

According to the Weather Channel, It was the second earthquake in the area on Sunday as a smaller 2.6 magnitude earthquake also struck about 2 miles south of Sparta at 1:57 a.m.  Twitter users across North and South Carolina, Virginia, and Tennessee reported feeling the tremor and reported it on social media as many claimed their houses shook for four or five seconds.

The USGS reported that the quake was felt as far south as Augusta, Georgia, and as far north as Staunton, Virginia. This quake was the second strongest to strike in North Carolina since 1900, according to the USGS database. In February 1916, a 5.2 magnitude earthquake struck south of Asheville, North Carolina.