Rare Heatwave Event To Grip The US This Weekend 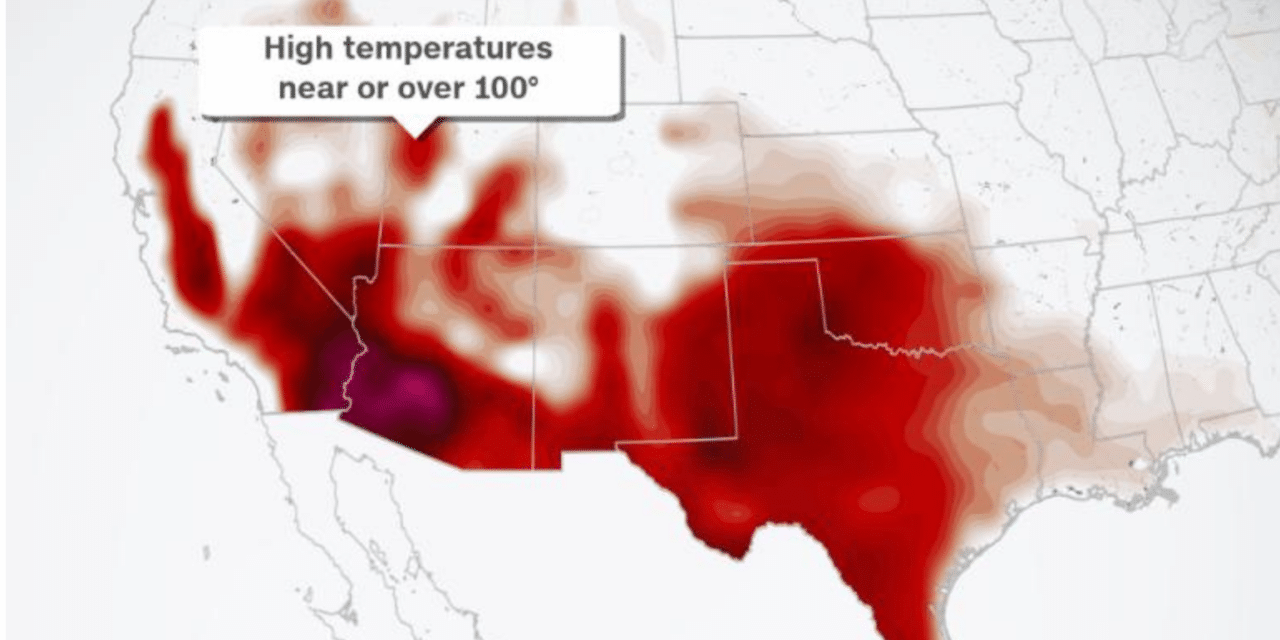 DEVELOPING: (ETH) – A rare heatwave event is shaping up for parts of the southwestern United States, placing many under an excessive heat warning going into this weekend. According to the report, Temperatures are forecast to see a stunning 120 degrees Fahrenheit in some areas, prompting officials to urge people to take precautions as temperatures this high could turn deadly.

The National Weather forecast from TWS is predicting a high of 126 in Death Valley, California. Phoenix, Arizona, is expected to see a high of 117 on Sunday, and Las Vegas, Nevada, is preparing for weekend highs of 113 degrees.

These excessive temperatures have prompted the National Weather Service to issue heat advisories for different parts of the country as there is a probability of considerable health risks to many in these regions. According to  a statement from CNN:

In the southwest, “we use what we call a heat risk,” said Marvin Percha, National Weather Service meteorologist. This is different from other areas of the country where heat indexes take a bigger importance in heat warnings. “We look at how rare the event is and compare what’s normal,” Percha said. “Considering the temperatures we have forecast now, we’re looking at a pretty rare event.”