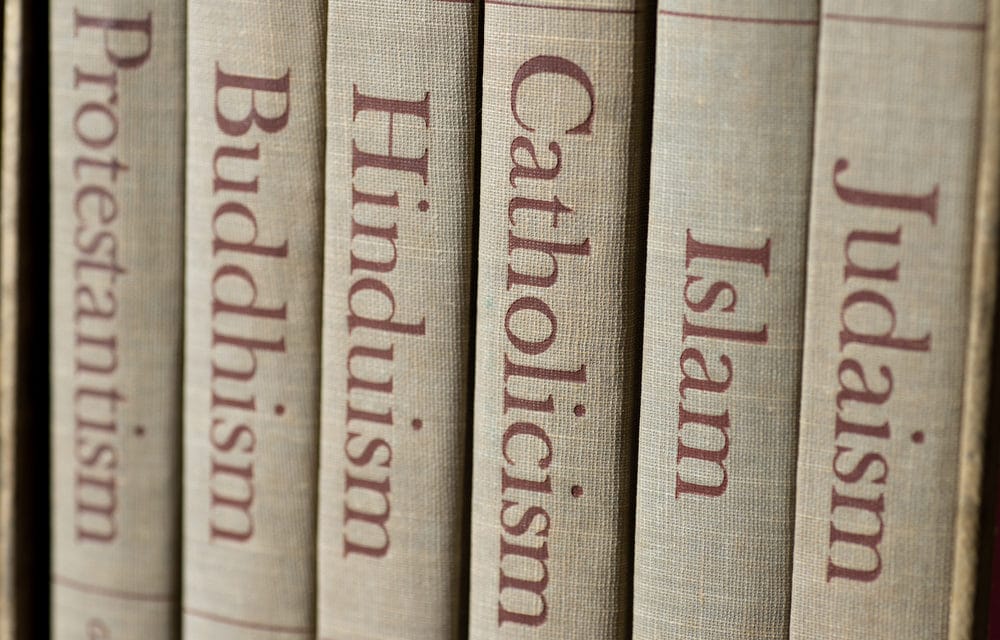 (OPINION) ETH – Many are saying that humanity is witnessing converging signs that the apocalypse of the end times is swiftly upon us. In fact, according to a new article from Express, Apocalyptic conspiracy theorists believe religions around the world are beginning to merge – and that this is one of the main signs of the apocalypse.

These individuals claim that the “signs of the end times” are beginning to rapidly reveal themselves, and will ultimately lead to the appearance of the antichrist of the Bible. According to the website Sign Posts of the Times, organizations such as the World Council of Churches and the Parliament of World Religions are an indication of a coming one-world religion, which is heralded as a sign of the Apocalypse.

The blog believes this is one religion is a major sign of the “false prophet” who will reveal himself as the Antichrist at the end of days. This theory is supported by the Book of Thessalonians Chapter 2:4. The scripture reads:

“He will oppose and will exalt himself over everything that is called God or is worshipped, so that he sets himself up in God’s temple, proclaiming himself to be God”

Revelation 13:11-12 NIV also reads: “Then I saw a second beast, coming out of the earth. It had two horns like a lamb, but it spoke like a dragon. “It exercised all the authority of the first beast on its behalf, and made the earth and its inhabitants worship the first beast, whose fatal wound had been healed.” The website went on further to state: “Another sign that we are in the Last Days of the Last Days, is the coming together of all world religions into some sort of ecumenical One World Religious System that will ultimately exist during the time of the Tribulation period.

“This religious system will be used by the future False Prophet to point the world towards the worship of the Satanically inspired Antichrist who will declare himself to be God. “This ecumenical movement has been taking place for some time now with such organizations as the World Council of Churches and the Parliament of World Religions working together in an effort to solve many of the world’s problems. “These organizations and others like them will ultimately become at their most powerful and influential during the Tribulation and under the control of the False Prophet.

“These various religions that exist now and worship a variety of messianic prophets and gods, (Apostate Christendom’s different Jesus, Islam’s Mohammad, Buddhism’s Maitreya, Judaism’s Messiah, etc), are ready for deception. “Once the Antichrist declares himself to be God and the fulfillment of all these various messianic figures, the One World Religion will have achieved its goal to deceive the world into accepting the Antichrist as God. “The Antichrist will then destroy this global false religious system as he will not need it anymore. The world will accept his declaration as being God.”